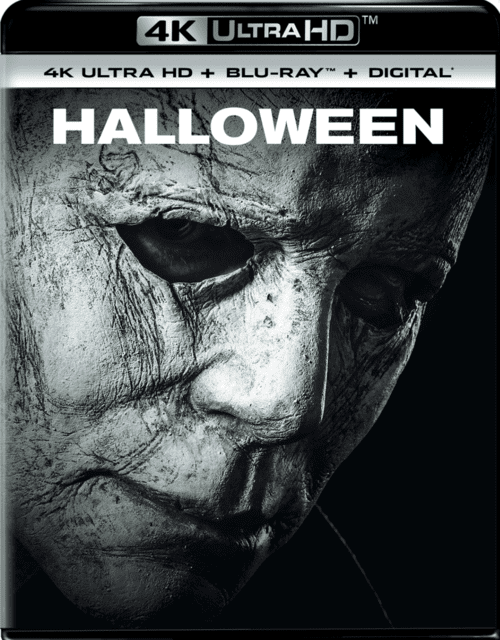 Check out our selection of 4k movies for the Halloween lover. You can also write in the comments which movie about Halloween you like more.

4k movie reviews
You see, it would seem, a passing slasher (albeit a remake of the cult), but suddenly, for no apparent reason, someone in the film utters the words of Victor Frankl that the meaning can be found in any circumstances, that fate is changeable, etc. Frankl does not need was watching a movie to know what horror is. The words of this psychiatrist, who has insisted all his life about the importance of finding meaning in life, contrasted sharply with the approach of Halloween to evil. Evil here is considered in the natural science paradigm - a paradigm in which the category of meaning has no place.

So what am I talking about? Oh yeah, about the new "Halloween."

The plot of the new "Halloween" is known to all who are familiar with the genre. The authors of the film more or less fulfill their obligations under the genre agreement, not really, however, trying to excel. Typical genre frightening techniques are not particularly scary or almost not at all scary, perhaps, with what ordinariness Michael in a mask during Halloween can go into someone's house, kill the owner, borrow a knife and, as if nothing had happened, leave home along the main street. Almost like in any computer game from the series of games Hitman.

The film quotes Dario Argento, including Suspiriya, and has a dialogue with her (I will focus on this dialogue, although there are a lot of references to the previous parts of the franchise and other films). This is immediately noticeable in brisk music with a short recurring theme. This is very noticeable in the ending, in which the artistic images and structural elements of Suspiria are copied.

The plot of Suspiria developed in accordance with the formula “mystery, its investigation, the discovery of an even more incomprehensible mystery - an irrational evil woven into the fabric of life”. Thus, towards the end of Suspiria, a psychiatrist tells the heroine that he knows that witches and witchcraft are a fact (almost like Jung, who said in an interview that he does not believe that there is a God — he knows that there is a God). Then the heroine finds a secret door, and ...

In Suspiria, evil appears in the form of several generations of women, headed by a more or less ancient witch, archetypal evil. Investigates and fights evil, too, a woman. Evil is inexplicable and irrational - from the visionary-styled everyday reality the heroine falls into the visionary myth, which, as it turns out, is a full-fledged part of life. This is something like an almost ideological insight, awakening, enlightenment: "Here it is, what is the reality!"

In the new “Halloween”, everything is almost the opposite: evil appears in the form of an unkillable male psychopath, who is so drawn to be called “redneck,” and representatives of three generations of women oppose him — a kind of ironic social commentary. Evil is not irrational, it is neatly localized in a psychiatric hospital and in a scientific paradigm. Indicative of the conversation, during which the heroine Jamie Lee Curtis asks: "You do not believe in ghosts?". She is answered in the negative, and she says: "In vain." There are no irrational layers of being - there is depth, but it is not in mysticism, not behind a symbolic secret door, but where psychopaths are explained through triggers and reactions, biochemistry, neurology, genetics. There is a certain amount of secrecy, but it probably concerns only the vitality of Michael Myers, which vitality is, rather, a part of social commentary.

And images of Blake, a tiger and a lamb suggest themselves at their fingertips, but Trier, in the House that Jack built, commented on these images so straightforwardly and ponderously awkwardly that it was somehow embarrassing to write about it again.

Total The new "Halloween" is quite user-friendly; In the spirit of a very American film, professionally built and commercially adequate unpretentious entertainment.