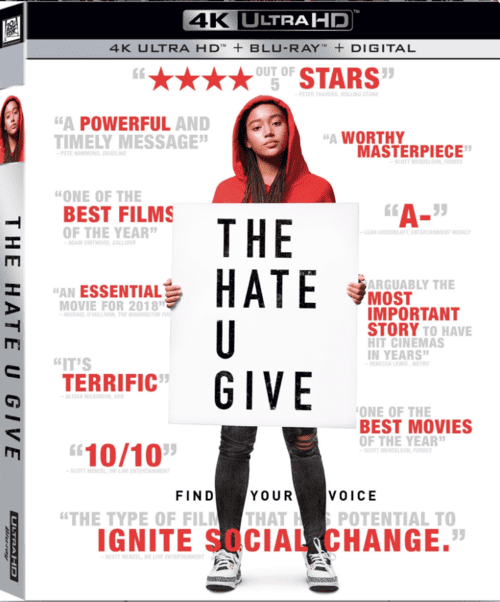 “In the city of Ferguson, after the grand jury decided not to bring to justice a policeman who had shot a black teenager, clashes of protesters with the police began.”

"In Chicago, Seattle, Boston and Los Angeles, protests are held in connection with the events in Ferguson"

“In the US, protests continue against the decision on the murder of a teenager in Ferguson. In New York, thousands of protesters gathered in Times Square and the surrounding streets. ”

“San Diego police took a cigarette in the hands of an African American and killed him.” (2016)

“A white policeman in South Carolina is charged with murder after publishing a videotape showing how he shoots an unarmed black man in the back.”

The film “Your Hatred” is the adaptation of Angie Thomas’s novel The Hate U Give. Initially, Angie Thomas began writing this book even before the death of Michael Brown in 2014, but after the events described above, her determination to tell a story that saw the light only in 2017 increased. And even though the book is positioned as teenage literature, the topic touched upon in it is not at all childish. Submission from the face of a black teenage girl only enhances the effect of perception, because children see the world differently, not yet burdened with cynicism, indifference and hatred.

In the center of the plot is Starr Carter, located between two worlds - a poor ghetto area and a prosperous school. At school, she is a quiet, unpretentious girl, so God forbid not to be a black-faced upstart, but at home she is still torn in an attempt to find a balance between the world and the surrounding reality. She and her black brothers are those to whom there will always be increased attention from the rule of law. Here we must be frank - rightly so. Drug trafficking, robbery, gang clashes, high crime, all of this is the reality of the disadvantaged areas in which blacks live. In front of Starr, a policeman kills her best childhood friend holding a comb. From this moment begins the rethinking of its values and worldview.