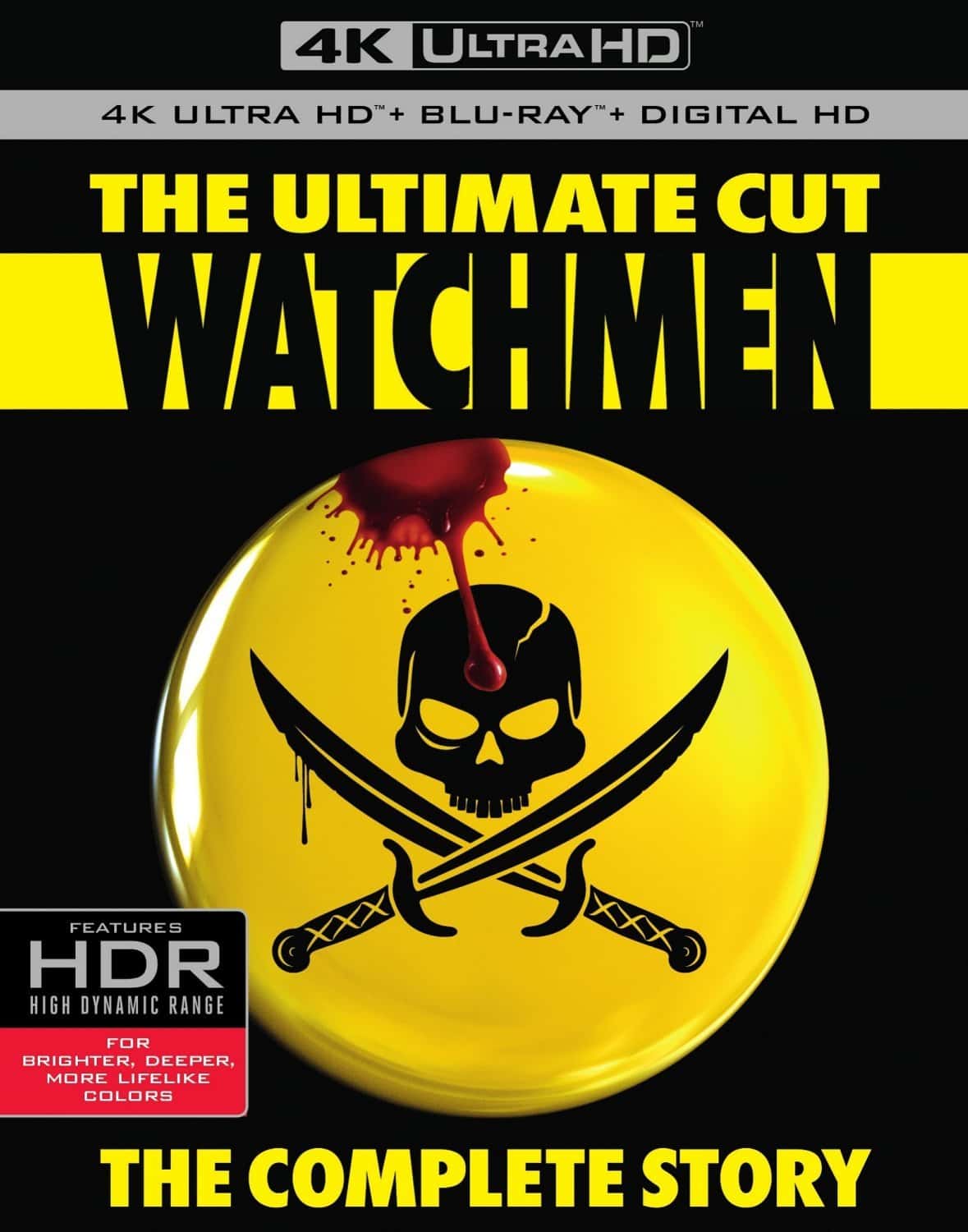 In a gritty and alternate 1985 the glory days of costumed vigilantes have been brought to a close by a government crackdown, but after one of the masked veterans is brutally murdered an investigation into the killer is initiated. The reunited heroes set out to prevent their own destruction, but in doing so discover a deeper and far more diabolical plot.

A short warning first. You may like action-packed toy/game inspired or superhero movies, like Transformers or X-Man, where the action has priority over message - or there is no message at all. Do not be alarmed if it is true, there is nothing wrong with you. It simply indicates most probably you will not enjoy Watchmen. Stop reading and look somewhere else. Otherwise, please continue.

Watchmen 2009 The Ultimate Cut Review
I begun to learn English reading comics, Superman, Spiderman, Batman, X-Men and FF later. But that was more than 40 years ago, when I was young. Therefore, I had never heard about Watchman phenomenon, until I bought a DVD with the theatrical version. Then it begun. I saw the complete movie several times day after day. I became obsessed by its characters and themes. I put away my work for a few days, doing research on the Internet. I found out the movie is controversial for many. Not for me. It is a true masterpiece of a rare kind, something much more than a sum of all its ingredients. All parts fit together, while every part makes others stronger.

The story is fascinating, the characters are psychologically rich, complex and morally ambiguous. If you look deeper, you find lots of disturbing and sometimes unanswered questions about politics, people and societies. Some of those questions flow from the movie's motto. Who watched President Bush when he launched the Iraqi war, to finish the job his father did not ? Who watched Israeli Cabinet, when it launched the Gaza Offensive to improve its poll ratings ahead of elections ? Who watches Iranian Ayatollahs and their dreams to create a new Persian Empire, no matter what ?

Equally intriguing are questions about the human nature. Are dictators, who sacrifice millions so easily, driven by their lust for power or by a dream of ideal societies envisioned for their nations ? Do they truly believe in their utopias ? What is really behind brutality and trigger-happiness of some of the law enforcement officials ? Do they loose control or enjoy their work too much ? Why some people prefer death to avoid betrayal of their values ? Am I ready to do that ? These are some of the questions I ask myself, but there are much more from different perspectives. This movie makes you think hard about the world around.

Acting is from satisfactory to very good. The best actor is Jackie Earle Haley as Rorschach. Should get Oscar Nomination. However, I found Jeffrey Dean Morgan, The Comedian, as the most charismatic. He steals every scene he is in. As for the music, the original motion picture score is good, but it is the incidental music I applaud. The opening sequence, the funeral and Dr. Manhattan's Mars monologue are the most powerful scenes in the movie and the music is responsible for such impact. Bob Dylan is a songwriting genius and The Times They Are A-Changin' is a perfect background. The Sound of Silence illustrates introductory funeral images in an unforgettable way. As for Dr. Manhattan's Mars monologue, music written by Philip Glass is a brilliant choice - particularly as the laboratory where he gains his superpowers is run by Professor Glass. And then comes All Along The Watchtower, one of my all-time favorites. I will recall the related movie scene every time I hear it till I die.

Some question the 99 Luftballons as the right choice, but not me. The decision to use it converted the accompanied scene into a small jewel. I raised the eyebrow only once, when I heard Hallelujah. After the second Watchman watch it dropped down however.

Needless to say, I ordered the novel immediately after my first Watchmen watch. I just completed my first reading and it is certainly not the last one. I had never read a graphic novel before and I am happy it was the first one. Now, it is the interaction between Watchmen The Novel and The Movie which makes my amazement and impression so deep and lasting. Watchmen The Novel fills some of the gaps and provides more context for many scenes. Watchmen The Movie enriches the pictures and texts. For me, both are perfectly complementary.

It seems most of the critics sided with Alan Moore, who stated Watchmen The Novel cannot be translated into a movie. That is the writer's right. But if a movie critic does not judge the film as such, but how well - or not well - the book was adopted, then he or she should take care of the books. Movies should be judged on their own and Watchmen is a true masterpiece as a standalone work. But even if the book is taken into account, the adaptation is at least very good in my view. The changes, omissions and additions make sense because of the time frame and other factors, Zack Snyder's style included. I understand some of the fans of the book were disappointed by simplifications and the end in particular. Let us be serious, shall we ? Watchmen story takes place on an alternate Earth, right ? Think of The Movie and The Novel as parallel worlds that overlap mostly and differ in some respects. Such worlds can happily coexist together, as an extension of the original Watchman concept. If we accept imaginary worlds, why there should be only one ?

The film has some tiny flaws, but they disappear without a trace when you look at the whole. Watchman The Movie would not be so great without Watchman The Novel. Alan Moore and Dave Gibbons created a masterpiece in a graphical form. Zack Snyder turned it into a movie masterpiece. If you are still with me, see Watchmen The Movie and you should enjoy it as I did, do and will. It is not too late. Never has been, never will be too late for that.