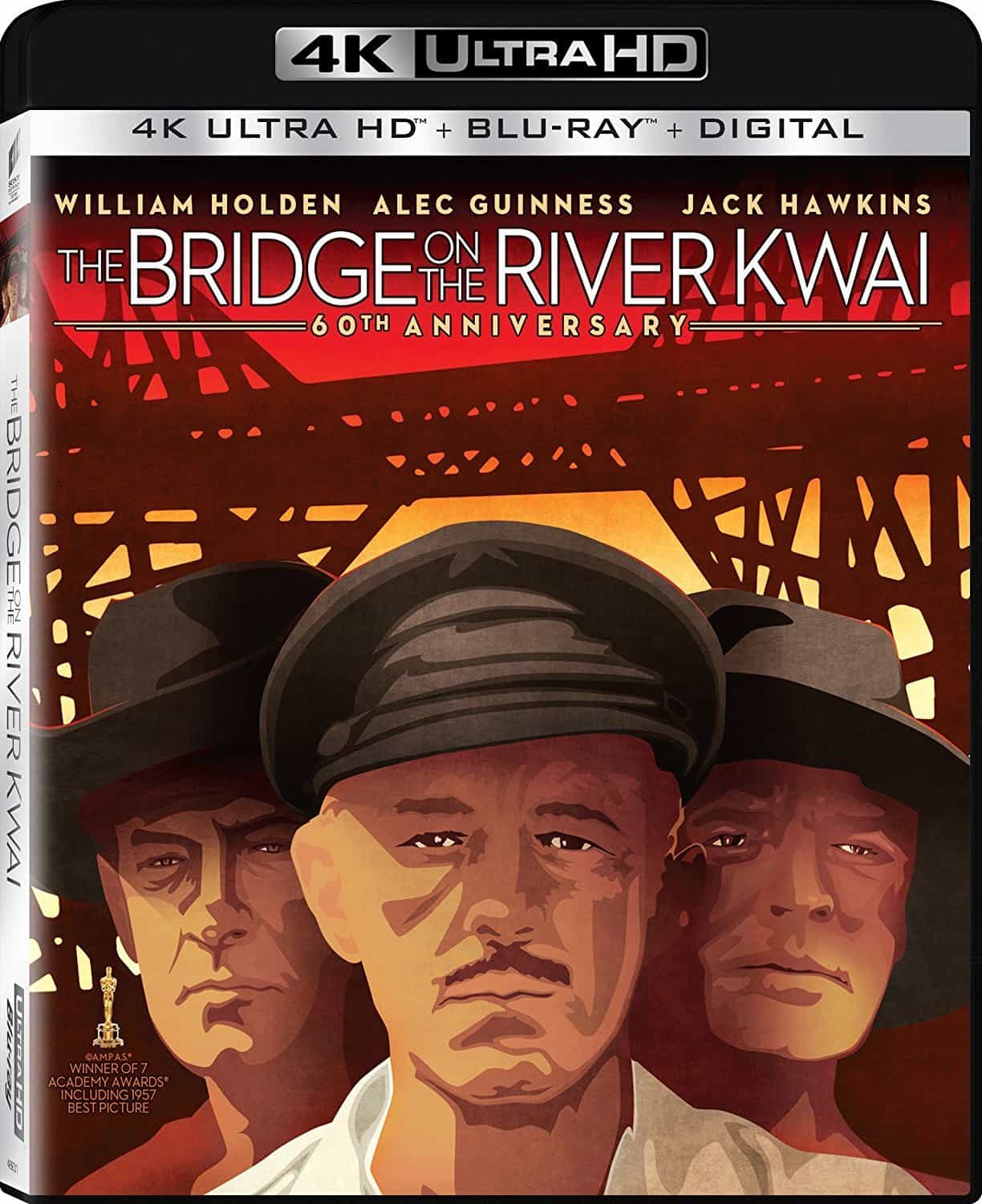 Storyline The Bridge on the River Kwai 1957 4K Ultra HD
The film deals with the situation of British prisoners of war during World War II who are ordered to build a bridge to accommodate the Burma-Siam railway. Their instinct is to sabotage the bridge but, under the leadership of Colonel Nicholson, they are persuaded that the bridge should be constructed as a symbol of British morale, spirit and dignity in adverse circumstances. At first, the prisoners admire Nicholson when he bravely endures torture rather than compromise his principles for the benefit of the Japanese commandant Saito. He is an honorable but arrogant man, who is slowly revealed to be a deluded obsessive. He convinces himself that the bridge is a monument to British character, but actually is a monument to himself, and his insistence on its construction becomes a subtle form of collaboration with the enemy. Unknown to him, the Allies have sent a mission into the jungle, led by Warden and an American, Shears, to blow up the bridge.

User Reviews
Good film, but a travesty of history
I am normally an admirer of David Lean. But it is difficult to understand why he chose to base this film on a real event at the River Kwai, as it grossly misrepresents the real "Colonel Nicholson" and caused considerable distress to both him and the River Kwai veterans.

The Colonel Nicholson character is based on the allied camp commander, Lieutenant Colonel Philip Toosey, who was a remarkable officer by any standards.

Awarded the DSO for heroism during the defence of Singapore, he refused an order to join the evacuation so he could remain with his men during captivity. In the hellish conditions of the camp, he worked courageously to ensure that as many of his men as possible would survive. He endured regular beatings when he complained of ill-treatment of prisoners, but as a skilled negotiator he was able to win many concessions from the Japanese by convincing them that this would speed the completion of the work. Behind their backs, however, he did everything possible to delay and sabotage the construction without endangering his men, and also helped organise a daring escape, at considerable cost to himself. For his conduct in the camp, he won the undying respect of his men.

After the war, he showed great generosity of spirit by saving the life of Colonel Saito, second in command at the camp and a relatively decent officer, when he spoke up for him at the war crimes tribunal. He worked for the veterans all his life, and became President of the National Federation of Far Eastern Prisoners of War.

He refused repeated requests by the veterans to speak out against the film, being much too modest to seek any glory or recognition for himself. However you will find his achievements documented in a book by Professor Peter Davies entitled "The Man Behind the Bridge".

Toosey hoped that no one watching the film would believe a British Army officer could be so stupid in real life. But with the film being rated on this site as one of the top 50 movies of all time, this hope may have been misplaced. Enjoy the film by all means as a work of fiction, but it is surely important to set the record straight and recognise the heroism of the real man involved.