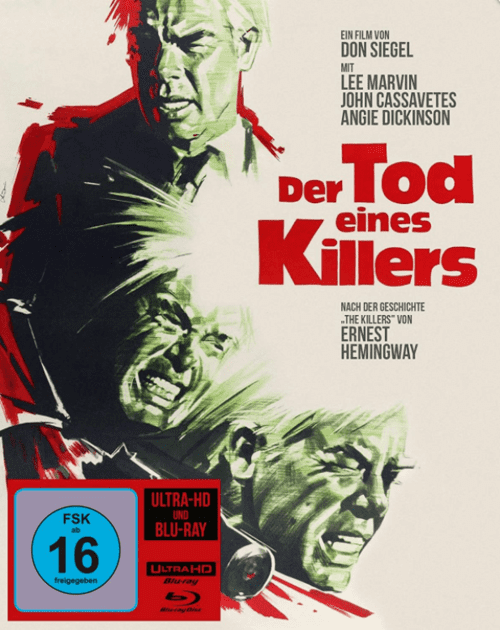 4k movies reviews
This is the second screen version of the short story of the same name by Ernest Hemingway, first brought to the screen in 1947 by Robert Sjodmak with Bert Lancaster and Ava Gardner in the lead roles. However, it is rather difficult to call Don Siegel's film an adaptation, it is more like a “fantasy on a theme”: the writers left even less of the literary source than Dan O'Bannon and Ronald Schussett from the story of Philip K. Dick “For You We Can Remember Everything”. In Hemingway, at the very end of the story, one of the heroes wonders why the former boxer Ole Anderson is not trying to hide from the assassins, although he knows that they are already there. And for D. Siegel, the murder of former race car driver Johnny North at the beginning of the film serves as the plot of the story: an experienced killer played by Lee Marvin decides to find out why the victim didn’t escape ...

In addition to strong directing and a wonderful cast, D. Siegel's film deserves attention primarily as an example of the "cool" American cinema of the transitional stage: from "noir" of the 40-50s to tough and realistic crime films of the 70s. Seven years after Killers, it is this director who will set the cinematic fashion trend: Dirty Harry will be released. His most famous and perhaps the best film will become the standard for many creators of police and gangster films, and not only in the United States ("Fear over the City" by Henri Verney). By the way, Clint Eastwood considers Don Siegel to be his teacher along with Sergio Leone.