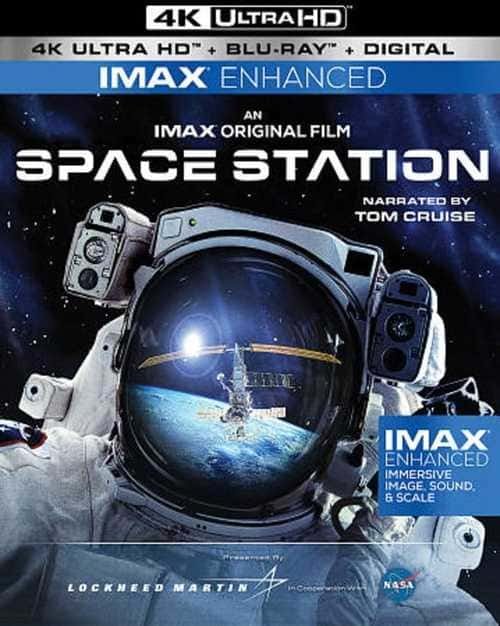 4k movies reviews
This is not a feature film, but an educational movie, and very good.

What can you get from watching this movie in the IMAX cinema (and it is better to watch it there):

The reality of what is happening.

The dust from a rocket or shuttle take off will fly into you, fly along with cosmonauts at a station in zero gravity, admire the views of our blue planet directly from outer space, and visit Baikonur.

Understanding how serious everything is.

We (humanity) have the opportunity to systematically and regularly go into orbit, build in space and directly comprehend everything in place.

Of course, in absentia, but still. These are funny, overflowing people with a brilliant mind. Cosmonaut Sergei Krikalev I liked the most.

Acquaintance with the ISS. It is, indeed, an object of the 21st century.

Some events are not told in the film, due to the fact that they happened after the release of the film:

- On February 1, 2003, the Columbia shuttle exploded upon entering the atmosphere during its descent from orbit. The United States suspended flights of space shuttle Space Shuttle for two and a half years. The crew change between February 2003 and July 2006 was exclusively by the forces of the Russian Soyuz ships

- breakdown of computers and equipment.

- May 21, 2008 the only bathroom broke down. But everything was resolved well.

- In 2005, according to ESA, from the beginning of work on the ISS project from the end of the 1980s until its expected completion in 2010, about 100 billion euros would have been spent.

- In the entire history of astronautics, the ISS is the most expensive and, perhaps, the most criticized space project.

- As of the beginning of November 2009, 7 space tourists visited the ISS, each of them paid from 20 to 25 million dollars.

Verdict: the film is amazing, because it is reality, not fiction. IMAX format makes it real for us. As proof: the little hands of the baby, constantly reaching for the screen.