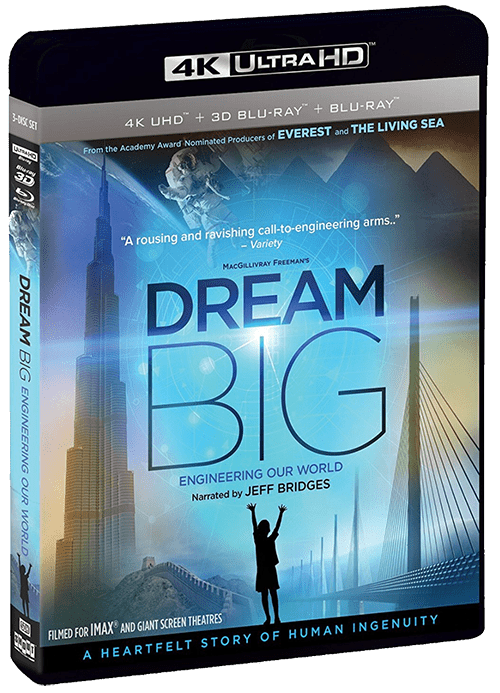 USA Movies / Documentary 4K
Producer: Greg MacGillivray
Cast:Jeff Bridges, Steve Burrows, Angelica Hernandez, Tori Osborn, Menzer Pelivan, Jeff Rojo, Josh Schultz, Christopher Studenka...
IMDB 6,8
File Size 17.89 GB
Film description
Taken from IMDB.COM
Dream Big: Engineering Our World 4K for download, documentary. Today, the work of engineers is more relevant and important for mankind than ever before. It reflects on culture and thinking, thanks to which the new generation achieves enormous success. It is young professionals who create the world of the future - the world of their dreams. The film tells the audience how engineers can change not only everyday life, but entire societies: from the Roman Arches to the Great Wall of China, from the vital bridge that connects the villages of Haiti to the ISS, from amphibious robots to breathtaking roller-coaster hills, skyscrapers and pnevmotonneli, transport in which one can travel at a speed of 1200 km / h.
Yesterday was added a beautiful 4k documentary: National Parks Adventure 4K