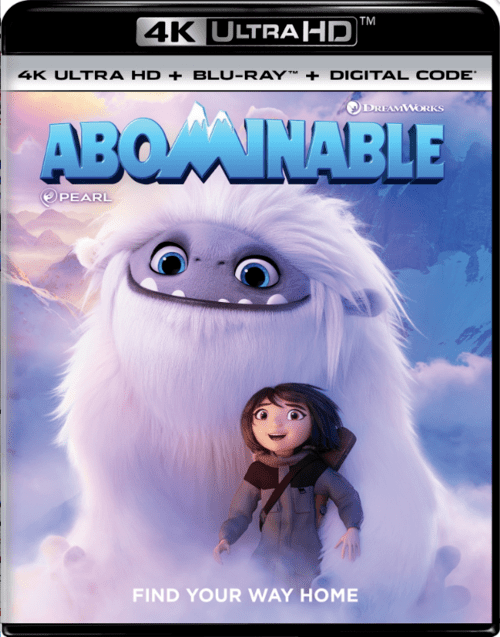 China | USA Movies / Animation 4K
Producer: Jill Culton, Todd Wilderman
Cast:Chloe Bennet, Albert Tsai, Tenzing Norgay Trainor, Joseph Izzo, Eddie Izzard, Sarah Paulson, Tsai Chin, Michelle Wong, Rich Dietl, James Hong, Christine Lin, Kym Miller, Jason Ko, Trevor Devall, Karen Huie.
IMDB 7.0
File Size 56.61 GB
Film description
Taken from IMDB.COM
The furry animal, unknown to science, escapes from the laboratory, finds itself in the midst of a noisy metropolis and hides in panic on the roof of one of the houses. Soon, the schoolgirl Lou finds him there, and realizing that the find, though wild, but pretty and most likely magical, decides to help the animal at all costs to escape from evil scientists and return home to the mountains. Two neighborly boys are accidentally tied behind a girl, and now a cheerful company is on its way to the highest mountain peak - Everest.

4k movies reviews
In my opinion, cartoons about travel are always win-win. Especially if they are turned on cloudy autumn days, when most of all I want to escape to some sunny interesting place. In this case, it is China. The cartoon is really a real advertisement of local attractions from Shanghai skyscrapers to Buddha in Leshan.

The cartoon is very beautiful, as if watching a firework. Bright, colorful, spectacular scenes succeed each other like bright flashes in the sky. Here, beautifully adapted landscapes of real China play a role, as well as magical transformations made by the main character - the furry little Yeti.

By the way, Yeti himself and his role in this story I did not really like. Firstly, his design is too simple relative to other characters. Secondly, in this story, Yeti plays the role of a dog rather than some rational unusual creature, and in fact does not reveal itself to the viewer. He is an occasion for history, but not the main character at all. And this is somewhat frustrating, because all the other characters are transformed in the course of the plot and therefore look more complicated and interesting.

In general, I got the feeling that the emphasis in the cartoon was made precisely on the design of the environment, so that the audience behind the beauty of the landscapes would not notice the jambs of animation and script. Unfortunately, they did not hide from me and spoiled the general magical impression. At times, it seemed to me that the cartoon was made by 2 teams: sloths and workaholics. In one episode, the characters move and interact very organically and smoothly, and in the next frame, the heroine clumsy walks like cartoons of the early 2000s. The same applies to holes in the scenario, in which events are famously twisted and can not normally spin up. Everything ends either with cliches, or nothing really is explained at all. “This is just a cartoon,” the scriptwriter probably thought, “Children will like it that way.”

In general, you should not expect any interesting plot twists from the cartoon, everything is quite standard. But recharge with children's enthusiasm and laugh at the good places with jokes. And of course the magic. You won’t leave without it either. I even got goosebumps on my back when the main character first played the violin of her father. It was sincere. And magically!