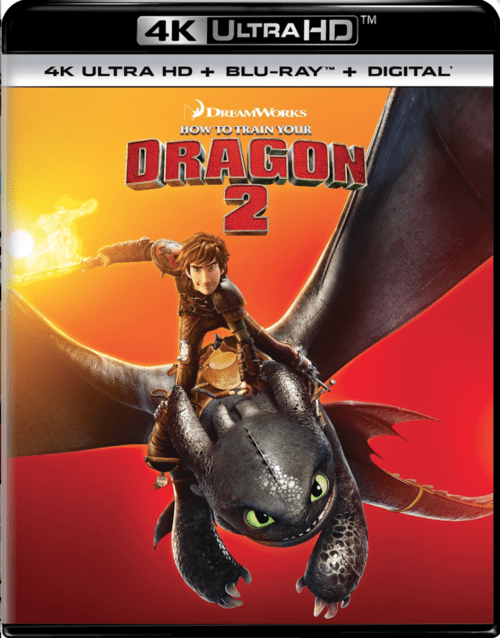 USA Movies / Animation 4K
Producer: Dean DeBlois
Cast:Jay Baruchel, Cate Blanchett, Gerard Butler, Craig Ferguson, America Ferrera, Jonah Hill, Christopher Mintz-Plasse, T.J. Miller, Kristen Wiig, Djimon Hounsou, Kit Harington, Kieron Elliott, Philip McGrade, Andrew Ableson, Gideon Emery...
IMDB 7,8
File Size 35,50 GB
Film description
Taken from IMDB.COM
4k movies for sale on Blu-ray site, download on 4K-HD site. Five years have passed since the reconciliation of the Vikings and dragons. While Astrid, Smorkala and the rest of the guys spend time competing with each other in the popular dragon races on the island, Hiccup and Bezzubik travel across the sky, mapping unknown places. When one of their adventures leads to the discovery of a secret ice cave, which is home to hundreds of previously unseen wild dragons and a mysterious dragonrider, two friends find themselves in the center of the battle to protect the world.

4k movie reviews
Five years after the events of the first film. The heroes have matured and now they face the task of preserving peace on the island of Alukh. The evil enemy wants to enslave the dragons and seize power over the people. But it was not there. Hiccup and his best friend Bezzubik adequately go through all the trials, defeat the villain, and also find the mother of the main character who was lost 20 years ago.

No doubt How to train your dragon 2 is a worthy continuation of the first part. The picture expanded the boundaries of the main actions, added new types of dragons, new islands. One can only guess how much we still do not know about the world of dragons and Vikings. Also in the second part there are new bright characters. One of them is Ikking's mother. Even 20 years ago, she realized that dragons can become human friends, but, unfortunately, could not convince anyone of this. But, having left the island of Allah, she was able to save many species of dragons from extinction. That is why this character is especially close to me.

The main theme of the film is the invincible power of friendship, solidarity and love. As long as there are such strong feelings, we are able to resist violence and evil, we can make the world a better place!