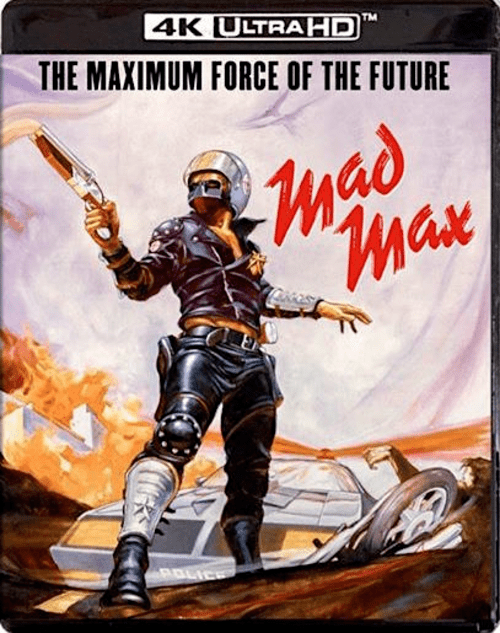 4k movies reviews
What do we know about the world Mad Max lives in? The inevitable apocalypse happened in it. The earth has turned into a scorched desert. Only a small fraction of the population survived. And those who survived degraded on an unimaginable scale. In the new world there is no place for compassion, pity, love, empathy and faith in a better future. Harsh and cruel laws reign in it. Handfuls of survivors roam the endless expanses in specially tuned cars. But all this applies to the second and third parts of the trilogy ...

In the first film, the world had not yet plunged into chaos, but existed in a pre-apocalyptic state. Although we have the near future, the world of George Miller is more or less similar to ours: in the background, familiar megacities rise, people live ordinary lives. But the disaster is near. Something, somewhere, has already gone wrong. Gangs of bikers roam the deserted roads, sparing no one on their way. A small number of police forces, dressed in leather suits, are trying with all their might to confront the situation spiraling out of control.

George Miller created Max during the oil crisis, so he showed his gloomy vision of the near future, where due to the lack of oil as the main factor of development and progress, our world will slide into the Middle Ages, and its inhabitants will certainly degrade. On a budget, Miller made the most of his paltry budget to make a memorable movie. His film is low-budget, but does not look cheap to see. The simplest plot combines western and police action, but these two seemingly incompatible genres exist perfectly on the screen. The main character is a kind of mixture of Dirty Harry and the Man without a Name, but in no case does he parody these images, but develops them in his own direction.

The numerous freaks surrounding the main villain are well-known cliches about all kinds of psychos, but at the same time, each of them only needs to appear on the screen for a couple of seconds in order to be imprinted in the viewer's memory for a long time. Any trash that served as decoration; leather suits; funny tuned cars; endless spectacular car chases, coupled with skillful camera work and dashing editing, contributed to the creation of a special atmosphere of an alternative dark future for our planet.

Verdict: The sequel, which appeared two years later, came out much larger, more dynamic and more exciting than the original, but the first film is worth watching, if only in order to have an idea of how the story of one of the main characters of the post-apocalyptic world began.