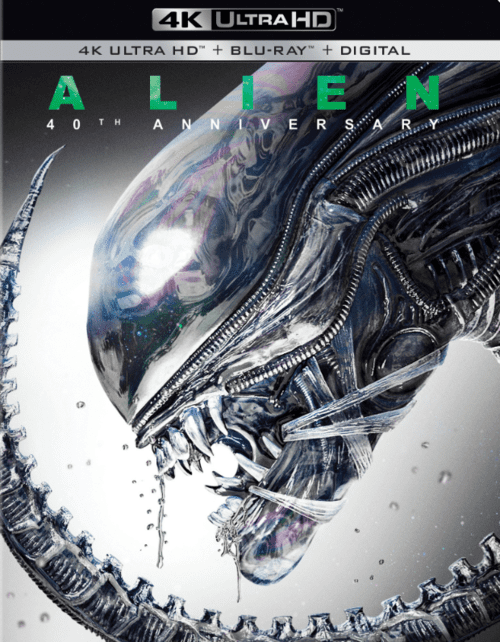 4k movies reviews
The vast majority of modern viewers who believe that any science fiction film that does not involve computer graphics, a priori should be boring, can never appreciate the creation of Ridley Scott. In what only they did not reproach him: in the lethargy of the plot, in the tightness and stereotypes, in ridiculously simple special effects and many more in what. Obviously, the problem lies on the surface! It is just that a person is not able to perceive works of art, if he has nothing to compare with, if he is far from culture and has never experienced a sense of aesthetic ecstasy, not from action, but from that immanent psychological attitude that arises at the moment of immersion into the emotional atmosphere of the film. But, as they say, to each his own, and is there any point in blaming yesterday’s schoolchildren and amateurs for not understanding? I think not - let them continue to stare at the transformers. Fortunately, there are a great many directors now who are ready to satisfy their home-grown taste ...

So the show starts! Cold, infinitely distant, alien and silent space. Titanic-sized spacecraft under the mysterious name "Nostromo" rushing at breakneck speed on the outskirts of the galaxy, millions of miles from Earth. The camera is slowly gliding along the corridors of a giant spacecraft, drawing the viewer into an atmosphere of uncertainty, plunging it into a state of deep suspense - like a lull before the storm, oppressive, foggy ... Everything changes as soon as the pilots disembark on a lifeless planet, receiving an SOS signal of unknown origin ...

Jerry Goldsmith's charming and disturbing symphonic music only increases tension, and Giger's fantastic and eerie scenery recreates and imagines images of a long-dead civilization of strange creatures destined to be revived through the destruction of crew members. People are faced with something unknown and extremely dangerous - with the ideal form of life.

In general, the brainchild of Hans Rudi Giger cannot but be admired - this is in every respect a perfect organism, an ideal machine for killing, developing day after day and turning eventually into a huge monster with no eyes, but always knowing where its prey is . Alien embodies the fear of all mankind before the unknown, it symbolizes the ruthlessness of the universe towards us, people who believe that our civilization is at the top of evolution and that everything around exists only so that we can exist. Alien is the truth, the personification of natural selection, according to which the strongest survive.

The 1979 film, which turned my idea of cinema over, absolutely did not need any sequels and remakes. However, I do not want to say that “Aliens” by James Cameron or “Alien 3” by David Fincher should not have been shot. Not at all! I only argue that the creation of Ridley Scott is the final and in all respects complete picture, filled with deep meaning and of high artistic value. This film is the benchmark of a classic psychological thriller - blood-chilling, horrifying and thought-provoking.

If in the first half of the film, all the powers of the director were thrown on alarm in the minds of the viewer, in the second half the plot begins to develop so rapidly that all the astronauts facing the alien predator literally die one after another. However, Ridley Scott stoically keeps the bar and does not let the film go down to the genre of the banal “horror” or, what could be even worse, to the genre of the “bloody action movie”. The film remains a thriller from the first to the last second, and this genre integrity is one of its main advantages. .

Even in moments of imaginary lull, when the creature waits before another attack, hiding somewhere in the endless compartments and corridors of the Nostromo, the viewer cannot relax for a second: the strings of Jerry Goldsmith’s symphony orchestra straining to the limit are fascinating and inspiring fear music permeates to the depths of the soul. The viewer becomes a puppet in the experienced hands of the maestro, falls under his powerful influence. And he receives an incomparable pleasure from the fact that he is immersed in a different reality - he does not watch the film, he lives in the film, he feels as if he is there, on the outskirts of the Universe, among the crew members who are condemned to death. And he experiences the same thing as them, feels the same pain, feels the same fear - the atmosphere of the film envelops his mind, does not allow him to think about something else. The task of any art is to create a new reality, and Ridley Scott and his team managed to create it!

It is known that initially the director intended to make a more gloomy finale, in which the "space beast" would kill Lieutenant Ripley, but the 20th Century Fox, accustomed to the happy end, would never agree to that. However, this fact gives an idea of the mood in which Ridley Scott was in the process of shooting. The fatalism ruthless in relation to the viewer and the terrible reality surrounding the pilots did not initially imply any salvation. And this is felt throughout the film - this is one of the facets of its uniqueness, without which it would hardly have been possible to achieve such a stunning success.

And yet the film has a happy ending. After several days of exhausting struggle for life, Lieutenant Ripley still manages to get rid of the “eighth passenger” by throwing him through the open hatch of the rescue shuttle into the cold darkness of interstellar space. And it is impossible to describe in words the relief, the euphoria that the viewer feels when he realizes that everything is over. Yes, it was all over, as if a nightmare had passed before his eyes. And if, after waking up after a terrible dream, we are happy to realize that it was just a dream, then after watching the film, about the same feeling arises. We return to reality, accept our everyday affairs and gradually forget the horror that kept us in suspense for two hours. But what a two hour it was!

Ridley Scott showed the whole world the true face of the Cosmos, opened the veil that separates us from the cold, infinite space that the Universe is filled with. And who knows, perhaps, the fantasies of the artist, the author of the script and the director are not so far from reality, as we would like to think.

And once again dreaming of a bright future, when spacecraft will cut open spaces of galaxies, and people will start exploring other planets, planting their colonies on them, you need to remember only one thing: the cosmos does not know about our faith in God or our hopes nor about our morality. And we can confidently assert that sooner or later a moment will come when our curiosity will lead us into a collision with something unknown and, perhaps, unimaginably dangerous. We will cry out in horror, try to run away, let's hope that someone or something will help us, all of humanity, who is on the verge of a disaster! But in space, our cry no one hears ...

This is not a film - it is a reality.
We now have