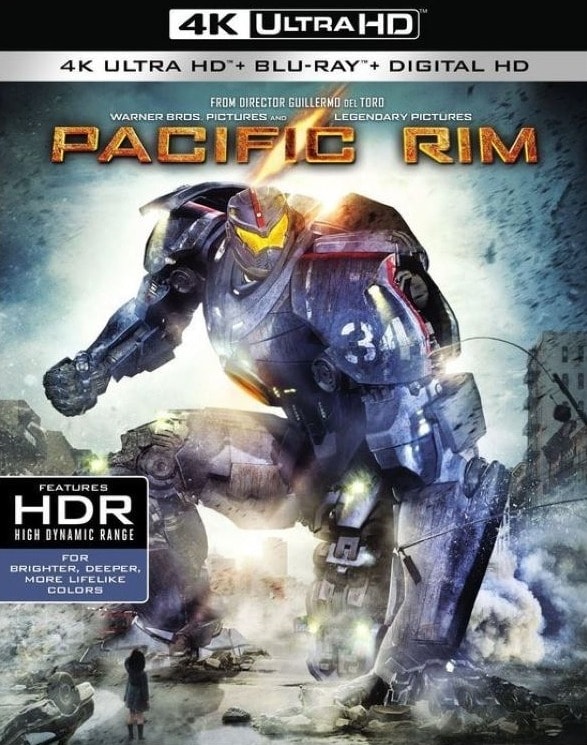 Story Movie
When monstrous creatures, known as Kaiju, started rising from the sea, a war began that would take millions of lives and consume humanity's resources for years on end. To combat the giant Kaiju, a special type of weapon was devised: massive robots, called Jaegers, which are controlled simultaneously by two pilots whose minds are locked in a neural bridge. But even the Jaegers are proving nearly defenseless in the face of the relentless Kaiju. On the verge of defeat, the forces defending mankind have no choice but to turn to two unlikely heroes - a washed up former pilot (Charlie Hunnam) and an untested trainee (Rinko Kikuchi) - who are teamed to drive a legendary but seemingly obsolete Jaeger from the past. Together, they stand as mankind's last hope against the mounting apocalypse.

Pacific Rim 4K Review
Unlike some, I had no problem with the high concept of the piece: Transformers vs Godzilla. It had a lot of potential. And when the movie concentrates on what we are all here to see (giant creatures and robots beating on each others with oil tankers and smashing through skyscrapers) it is very successful. But when things get quiet... less so. Too much time spent on "Top Gun" like fighter pilot shenanigans. Not enough nuance in the characterizations. An ultra linear plot with few attempts to confound expectations. The acting isn't bad - and isn't required to be great in this sort of film - but it is nothing special either. Sort of universally "meh". Good for a Blu Ray rental.