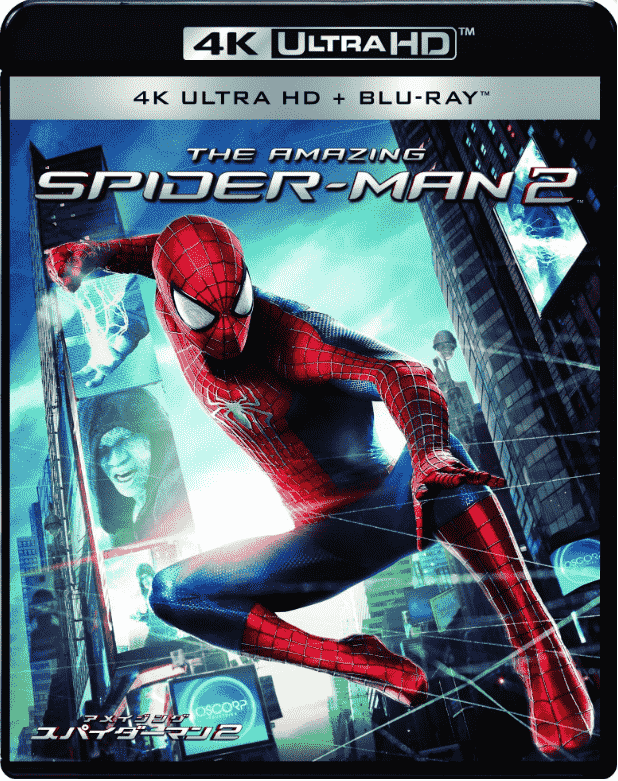 Storyline
Peter Parker (Garfield) is an outcast high schooler who was abandoned by his parents as a boy, leaving him to be raised by his Uncle Ben (Sheen) and Aunt May (Field). Like most teenagers, Peter is trying to figure out who he is and how he got to be the person he is today. Peter is also finding his way with his first high school crush, Gwen Stacy (Stone), and together, they struggle with love, commitment, and secrets. As Peter discovers a mysterious briefcase that belonged to his father, he begins a quest to understand his parents' disappearance - leading him directly to Oscorp and the lab of Dr. Curt Connors (Ifans), his father's former partner. As Spider-Man is set on a collision course with Connors' alter-ego, The Lizard, Peter will make life-altering choices to use his powers and shape his destiny to become a hero.
Views The Amazing Spider-Man 2 (2014) 4K Ultra HD REMUX Blu-ray

The Amazing Spider-Man (2012) review
Great film, especially for spidey fans! Equal to Spiderman 2
First off, Andrew Garfield, Emma Stone, Martin Sheen, Sally Field, and Dennis are all Perfect in their roles. This movie is very different from the original, except for the origins which can obviously not be changed. The action is what spidey fans have always dreamed off. The chemistry between peter and Gwen is priceless. New and interesting story lines are created to be explored through out the trilogy/saga. The new suit is great in my opinion, but it has been changed for the sequel, yet either way I like them both. Andrew Garfield's emotional scenes are unbelievable. Finally, I absolutely loved the humor. And the ending left me satisfied and happy, yet excited for what is yet to come. Overall, this is an origin that succeeds on many levels and out does the previous origin (which is still great) and only Spider-man 2 is equal in its acting, style, humor, action, and theme.

Subtitles
Japanese, English
We now have