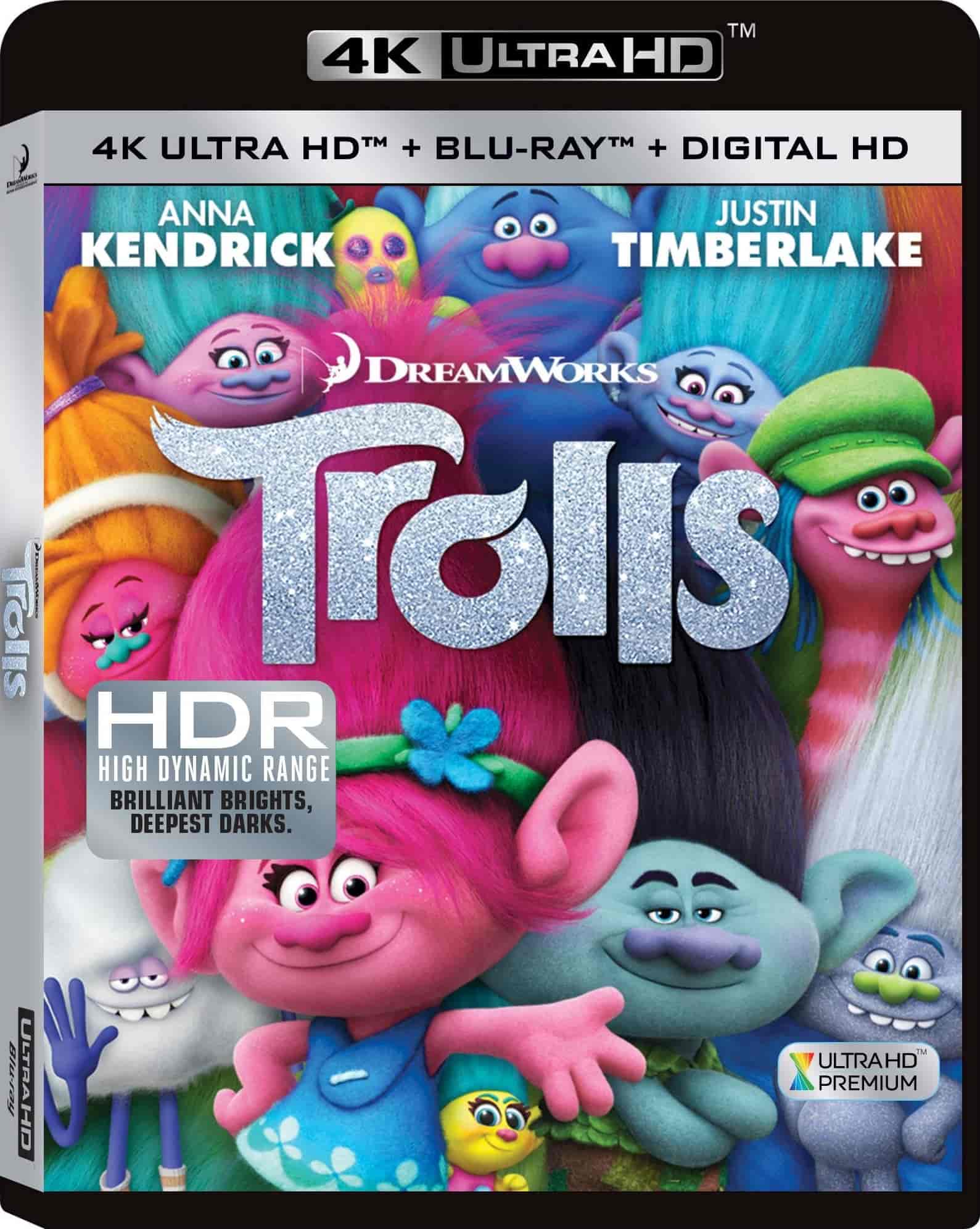 Storyline
From the creators of Shrek comes the most smart, funny, irreverent animated comedy of the year, DreamWorks' Trolls. This holiday season, enter a colorful, wondrous world populated by hilariously unforgettable characters and discover the story of the overly optimistic Trolls, with a constant song on their lips, and the comically pessimistic Bergens, who are only happy when they have trolls in their stomach. Featuring original music from Justin Timberlake, and soon-to-be classic mash-ups of songs from other popular artists, the film stars the voice talents of Anna Kendrick, Justin Timberlake, Russell Brand, James Corden, Kunal Nayyar, Ron Funches, Icona Pop, Gwen Stefani, and many more. DreamWorks' TROLLS is a fresh, broad comedy filled with music, heart and hair-raising adventures. In November of 2016, nothing can prepare you for our new Troll world.

Reviews
I took my 5 1/2 year old daughter to watch Trolls, and for her it was a sight for sore eyes. The main character, Poppy (voiced by Anna Kendrick) is a fluffy, instantly lovable princess troll, who has been raised in a careless, yet slightly obnoxious, world - where everyone hugs each other on an hourly basis, poops cupcakes and bursts into sappy pop tunes in the blink of the eye. Her male counterpart, on the other hand, is all doom and gloom. This troll party pooper, named Branch and colored gray to differentiate him from the endlessly colorful group of merry trolls, keeps warning his friends that their loud lifestyle will put their lives in jeopardy, once the evil Bergens, who are only happy when they eat the tiny little Trolls, will take notice of them. Sure enough, this does happen pretty soon into the movie, and when several Trolls are taken - Poppy and Branch (who refuses to sing throughout the film, even though he is ironically voiced by Justin Timberlake) need to join forces in order to save them.

All in all, Trolls is a very cute film. It stands out of the pack with its familiar setting (the Troll toys have been very popular ever since the early 90's), its rich palette of colors and imaginative drawings, and the catchy tunes which are cleverly adapted into the film. Also, its short run-time will make sure your kids are glues to the chair. On the flip side, I felt the plot didn't really offer anything new, the proceedings were predictable from miles away, and that it lacked a stronger emotional pull that could have left a longer impression. There was some stuff in the movie that seemed like it was trying a bit too hard to be tongue-in- cheek, without really taking itself seriously, and while it gave way to a few laughs, it left me wanting something more than just another cute animated feature.