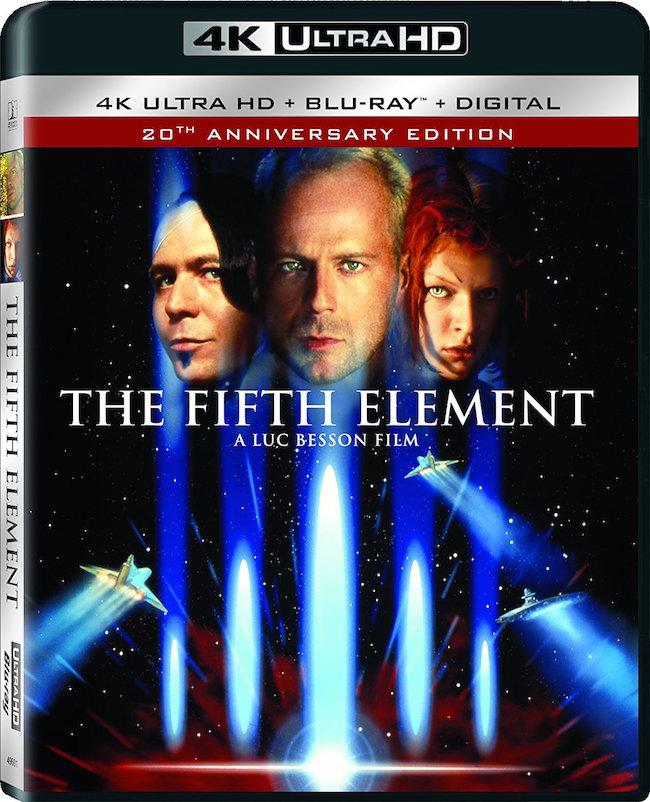 Evil in the form of a red-hot mass endowed with intelligence is approaching the Earth. You can defeat him only by bringing together four elements (they are also the elements - earth, water, air and fire) and adding to them the mysterious fifth element.

4k movies reviews
Twenty-one times I have watched this film. And for the 21st time it occurred to me that this film cannot simply fill the airtime. Its display should be preceded by advertisements, banners, radio ads. This film is a heritage of world culture.

Honestly, I don't really like Bruce Willis (but he is a wonderful actor), but I just can't imagine anyone else in his place. Organic. Elegant. Brutal. Dare. Damn charming. His best role.

'Dear Mila!' - I want to exclaim when she appears on the screen and opens her naive and intelligent blue eyes. And her hair? Costume? Only she, only I want to look at her! She, very young, surrounded by the mastodons of cinema, managed to do everything in such a way that we really believed in her ideality and in her ability to save our sinful world.

God, I love Chris Tucker for this role! From the moment he appears in the frame, I start tracking his hairstyles. It is impossible to adopt his manner of speaking, moving and throwing glances! Bzzzzzz!

"You are a monster, Zorg ... - I know." And smile. Choleric sweetheart. Charismatic villain. Bastard, but God, how you want to look and look at him without stopping! Zorg took the viewer in his hands and squeezed him so that all the air came out, so as not to breathe, not to move, not to move away. You will moan in front of the screen, but you will not be able to come off until it dies. It is useless to beg him. Only death will separate you from him.

A separate bow to Jean-Paul Gaultier for his exuberant imagination, stunning entourage created by him and his costumes. This is cool! I'm going to watch the movie for the 22nd time.