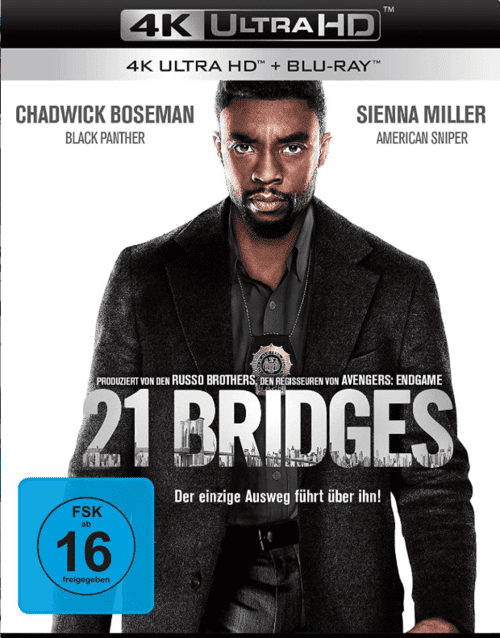 4k movies reviews
On the streets of the city where crime syndicates are rampaging, under cover of night and corrupt law enforcement officers, sooner or later, call it what you want - chance, fate, pit competitors involved in one dirty craft, which brings not only fabulous incomes, but also leaves behind a mountain of corpses. Raking all this mess is entrusted to an uncompromising person, courageously stupid, not afraid to get dirty in order to achieve his goal. You know, experience comes with time and practice - to calm down trembling hands, with a finger on the trigger, to take responsibility for someone else's life, which is threatened by a fugitive, driven into a corner, holding a gun to the temple of a girl of last strength, appealing to the humanity of her potential the killers. Probably, our protagonist has faced a similar situation more than once, however, in my opinion, raised by the example of his father, he (in the present detective story) is used to trusting comrades by badge. However, it is not so simple (I would rather prefer to hide this plot twist. Let us dwell on confirming its presence in the film so as not to spoil your viewing in the future). Let's go in order:

Eight policemen die in a skirmish against armed robbery. Two raiders awkwardly pull out fifty kilograms of coke from a common three hundred kilogram stash, apparently very powerful people, with immense appetites. Detective Davis leaves for the place to investigate the “worst case of all years of service.” Possessing a heightened sense of justice, his hands are stained with the blood of four morally degraded individuals, and in a word, there is not a bit of pity for their death, because, as we said above, all this is in his DNA. However, the unceremonious attitude towards the murderers also works in the opposite direction. Andre is able to see the running eyes of a stumbling young man in search of a way out of a dangerous mess, even holding a hostage on the fly - this kid is not a killer. If there is a chance to come to an agreement, to convince an inept fool, it is worth a try.

A former marines roaming the dark alleys of a friend of his elder brother - inveterate scoundrel Ray Jackson. They are the exact opposite of each other. Ray, whether in a fit of anger or perhaps out of banal pride, empties an automaton shop with a silencer, clearing the way for himself and his partner, sometimes in circumstances where such behavior is completely illogical. As for Michael, one fact is that after the shootout (in which he took an extremely passive part, aiming at the walls and furniture, that the truth does not detract from the gravity of his actions, again he went to the robbery, roughly knowing what this could turn into ) literally twists it, says a lot.

The incident that gave rise to a string of major events occurred on the Macken site. It was his wards who first surrounded the building and in the process opened fire on the bandits who settled there. The captain, already in his late years, adheres to the philosophy of altruism, justifying every step by caring for the good of those who did not give a damn about the state and society as a whole. After thinking about the character’s motivation, an intricate viewer will rather feel awkward for himself and others than censure (although I dare not deny that the latter also has a right to exist).

Closing the bridges leading to Manhattan is a great and interesting idea for realization on the big screen. Unfortunately, it is not fully implemented here and not as large as it sounds in theory. Likewise, all claims against the directors are compensated by more than successfully pumped up tension associated with the risk of getting a bullet in the forehead in the scurvy expanses of the stone jungle, where the concepts of chaos and order are now very blurred.

I will not dissemble, Chadwick Bozeman attracted my attention from the “Confrontation” (2016) from the Russo brothers, where he appeared in the role of the Black Panther - the king of the mysterious Wakanda, in the costume of an armored cat. There was something catchy in his game. Origin of 2018, only confirmed my impression. Further, I was able to evaluate his talents in the sports drama "42" (2013) - the story of Jack Robinson, the first black player in the 20th century baseball league (Major League Baseball), brilliantly embodied by Bowman. Further, the turn of “Marshall” (2017) came and Chadwick tried on the role of Tergud Marshall, in the film, telling about the real case in the career of an outstanding lawyer. In "21 Bridge", Bowzman again distinguished himself by showing a principled guardian of the law, taking out the entire drama as a bonus alone (the metro scene deserves special mention). With regards to Stefan James, I know him, thanks to Barry Jenkins, who wrote in a pair with James Baldwin, and staged “If Bill Street Could Talk” (2018). In Michael Trujillo Stefan invested a certain naivety of a little boy in a moment who found himself in a huge world with very complex rules of the game. Well, J.K. Simmons, despite his relatively short appearance, is, as always, inimitable.

Bottom line: “21 Bridge” by Brian Kirk is a strong action movie, comfortably located in the niche of entertaining cinema, without swings at prestigious awards, with a good script and excellent action.