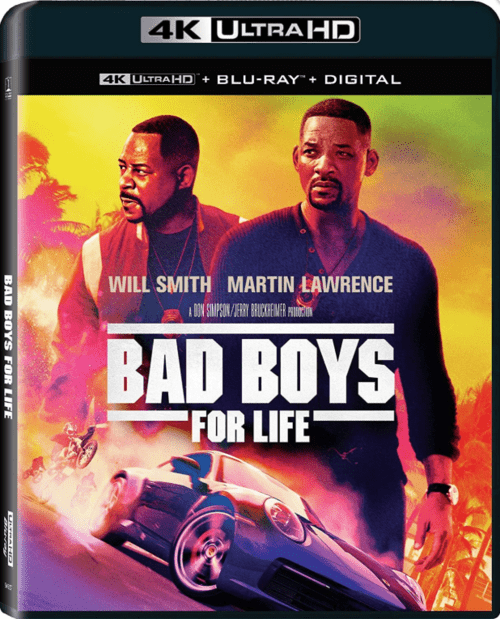 4k movies reviews
“This bloody massacre is horror!” So you didn’t shoot? “Come on, the captain, of course, shot!” (from)

The story of the film “Bad Guys” dates back to the distant nineties with pirate cassettes, which I did not dream about then ... well, I don’t know who. Started by clip-maker (formerly at that time) Michael Bay, the dilogy narrated about the difficult everyday life of two American law enforcement officers - Marcus Burnett (Martin Lawrence) and Michael Lowry (Will Smith). Although professional film critics were not enthusiastic about Michael Bay films, dilogy fans rated both films (1995 and 2003) for the quality of special effects and the plot component. The box office of the first and second parts were also impressive, but because the output of the third part was a matter of time. But the creation of a triquel was overtaken by production hell, as a result of which the script was repeatedly rewritten, there were problems with casting. In the end, Bay had to leave the project, and for several years plans to create a third film were closed.

And yet, two new directors, Adil El Arbi and Bilal Falla, were nominated for the continuation of the project, for whom the third part of “Bad Guys” became a full-length debut. Familiar detectives will come back for an old thing, but everything is not going smoothly, old age is not joy, life is screaming - take it easy, guys! But a long-time enemy from his past declared hunting for Lowry - how to relax here ...

A steering change in a project sometimes gives a positive result, and the Bad Boys triquel is just such a case. A pleasant surprise - the franchise father Michael Bay will honor the project with his presence! Do not blink it, it is in a cameo.

The genre of the film is presented immediately as an action movie and a comedy. And yes - there will be something to laugh at, somewhere and have to squeeze into a chair from tension, and in some places even shed a mean male tear! I answer you honestly.

In addition to the classic music screen saver, the tape will sound new bomb tracks. This is the rhythm of the night! We ride together, We die together!

Everyone deserves the ovations equally, as are the main heroes of the occasion - Lawrence and Smith are still good - so is the new guard. Bright characters turned out in Kate del Castillo and Jacob Spirio.

Bottom line: the third part of "Bad Guys" may not be a masterpiece of cinema, it does not look worse than the first two parts. In some ways, even she surpasses them (but this is in my opinion). And I would like to hope that the stated continuation will support the set level of quality and will be able to leave a positive viewing experience. So I can safely recommend everyone to watch "Bad Guys Forever"!