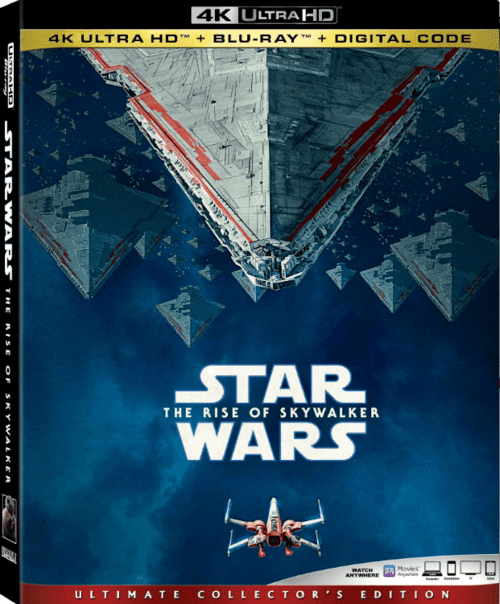 4k movies reviews
The new hire, which caused such a storm of negativity in the reviews of fans of the saga, seemed to me more than a good end to the story. I again have a “dissenting opinion” that does not coincide with the majority. Since I am not a fan with many years of experience, but rather an amateur, I am more loyal to playing with the canon. For me, the best trilogy inside the saga is the one that tells about Anakin Skywalker (parts with numbers I, II, III) - she not only perfectly expanded the background of what is shown in the canon, but also filled the story with romance, strong emotional plot twists and depth disclosure of characters of heroes. I adore Anakin and Padme, I love Obi Wan Kenobi and master Yoda, so no other parts can compare with these parts. It so happened that the prequels, as a rule, touch me more than the main story.

As for what they started shooting at the end of six parts, I perceive it as “based on” films that were created for those who miss the world of a distant, distant galaxy, lightsaber battles, flights through time and space and the rest alive to former heroes. Han Solo, Princess Leia, Chewbacca, Obi Wan Kenobi can not leave indifferent those who love this story, and new characters that keep up with the times and modern technologies are designed to attract the younger generation.

Of course, what was filmed in the last trilogy is much weaker than what was shot before, but if you try to disengage yourself and watch them as movies based on their motives, they may well be liked. The main characters of the new trilogy are not as bright and charismatic as their predecessors, but interesting plot twists and a vivid picture in some way smooth out this jamb.

The last part, in my opinion, turned out to be better than the previous two - it is not only more colorful, but also collects everything that the fans of the saga would like to see - the puzzle is finally added up, all points are set, secrets are revealed, good triumphs over evil, and at the same time, the viewer has the opportunity to go back and see the heroes he loves, bright space battles and the very struggle of the dark and light principles in the soul of the characters. All this is framed by a very beautiful visual and pleasant music. I watched in 3D, and this format fully paid off - the graphics are absolutely fantastic.

I was pleased with the game of Adam Driver, you can see how his acting skills have grown since his first appearance in the saga. I liked the line of droids, including the new Kulechek droid. All the shown “flashbacks” evoked pleasant memories of the events of all past parts - it seems that not so much is shown on the screen, but there are dozens of pieces of the plot from all previous parts in the head.

Although this trilogy is rather weak compared to the previous ones, the final film could leave me a pleasant aftertaste at the end of this story.