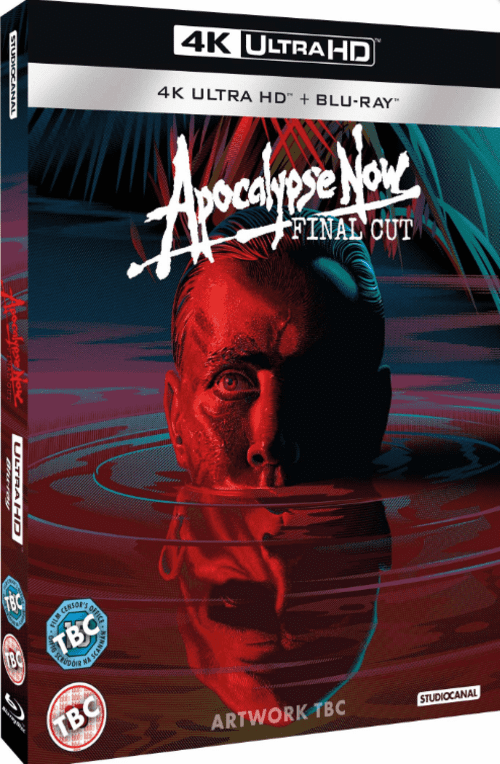 USA Movies
Producer: Francis Ford Coppola
Cast:Marlon Brando, Martin Sheen, Robert Duvall, Frederic Forrest, Sam Bottoms, Laurence Fishburne, Albert Hall, Harrison Ford, Dennis Hopper, G.D. Spradlin, Jerry Ziesmer, Scott Glenn, Bo Byers, James Keane, Kerry Rossall.
IMDB 8.4
File Size 87.03 GB
Film description
Taken from IMDB.COM
The stunning Apocalypse Now movie is available for download 4k sample, also this version has Final Cut, which makes it even better. During the Vietnam War, a special agent travels up the river to Cambodia with the order to find and kill a half-crazy colonel who created in a remote area something like his own kingdom of violence. Along the way, he witnesses the world of the horrors of war.

4k movies reviews
“We made this film in much the same way that the Americans waged war - there were too many of us, we were spending too much money, and we were going a little crazy ...” (Francis Ford Coppola)

If you compare this film with the masterpieces of world literature, then I have only one association - the first part of the poem "The Divine Comedy" by Dante Alighieri, in which the poet makes a mental journey through hell. Hell in the understanding of Dante has the form of a colossal funnel consisting of concentric circles, the narrow end of which abuts against the center of the earth.

Step by step, circle by circle, the poet descends to the very bottom of the giant funnel. At the very bottom of hell, Lucifer meets him, an angel who once rebelled against God, the king of evil, doomed to imprisonment in the center of the earth.

It is unlikely that Coppola, creating his masterpiece, sought to follow the plan of "Divine Comedy." But the very construction and concept of the film have such a subtle associative connection with Dante’s poem that I couldn’t resist drawing certain parallels.

The very journey of the main character of the film, Captain Willard, along the Mekong River resembles a gradual, step by step, circle after circle, immersion not only in the hell of the war stop surrounding him, but also in the hell of the subconscious depths of his own soul. At the bottom of this hell he meets Colonel Kurtz, the evil angel of this universe of absurdity, pain and spiritual devastation.

Circle one: 1969, Saigon, Captain Willard's hotel room. Willard, who lost the usual dose of the drug called “war”, is experiencing a real psychological breakdown. His brain refuses to perceive peaceful reality so much that he hears the noise of helicopter blades in the rotation of the hotel fan, and he (for lack of a real enemy) does physical and psychological harm to himself.

Circle two: headquarters. We see a changed Willard. Upon receiving his assignment, he acquires an outwardly normal appearance. His eyes are still frighteningly empty, but his life is regaining its familiar vector.

Circle three: the base of Colonel Bill Kirgol. To defeat the village to the exciting sounds of the Wagner Opera in order to ride on a surfboard; to shoot a suicide bomber and immediately give a dying Viet Cong to drink from his flask - for Kirgol, things are absolutely compatible and fit perfectly into his own worldview system. The smell of napalm and his own surfboard are more expensive for him than any human life, including his own. He is the only one who feels at home in the war, but in the depths of his soul even this desperate warrior is a thorny thought, which sounds like a refrain throughout the film: “someday this war will end” ...

The fourth circle: a concert of the stars of "Playboy". This scene is a clear demonstration of the fact described by Freud: the war very much affects and incredibly easily releases the unconscious basic instincts of man: the instinctive energy that supports life, and the force that calls a person to death, destruction, self-destruction, in simple terms - sexual and aggressive instincts.

The fifth circle: meeting and checking a peaceful Vietnamese boat, ending in a meaningless and brutal massacre of old people and children. The director reinforces the absurdity of the situation by introducing a scene in which one of the soldiers suggests, according to the instructions of the headquarters, to take the bleeding woman to the hospital. “Like this: first we kill them, and then bandage ...” Willard more honestly puts his own point in this theater of cruel absurdity.

Circle six: the last frontier of the American army at the bridge on the river. The worst scene for me in the film. Distraught soldiers, who were not needed by anyone at the top of the staff, who had lost their commanders, were doing their bloody work senselessly and mechanically. They have terrifying eyes in their inner emptiness. They practically do not sleep, and almost nothing rational and human is left in them. These are the “lost soldiers", the walking dead, the living ghosts of this terrible war.

Circle seven: French rubber colony. This is the hell of stubborn patriotism and the hell of losing loved ones. But at the same time it is the only and last bastion of humanity. Only here we will see respect for the dead, only here Captain Willard will meet for the first time a unique sensitivity, understanding and compassion. It’s very wise, touching and feminine, just like the widow of a dead planter will indicate the state of his crippled soul: “you are tired of war, there are two people in you: one is the one who kills, the other is the one who loves”. It is here that Willard will feel how, with every hour of the war, the ability to love dies in him ...

Circle Eight: Colonel Kurtz Settlement. The genius of military strategy and tactics, a great connoisseur of the human soul, an ardent supporter of an organized professional army, whose talents and abilities were not in demand and recognized as harmful. Offended by the meaninglessness of this war, the colonel’s soul once gained radiant unity and diamond hardness. Having survived a tremendous psychological shock, his consciousness irrevocably degenerated into something completely new, beyond the scope of the ordinary human principle, in its own way perfect, although devilishly cruel. In the East, such a state of altered consciousness is revered as almost divine.

But in the East, there is a legend about the Dragon, into which a person who succumbs to the intoxication of equating himself with the Creator turns into. The slayer of the dragon himself becomes him. And this circle is endless, until one person who once understood this breaks it, having withstood incredible temptation. And the “Dragon” Kurtz is waiting for just such a person as Willard.

Circle nine, the last: again the Mekong River, the bottom of Willard’s own soul. Having measured the depth of the abyss of his own "I", the captain with terrifying clarity understands that after everything experienced he has no future. There is only the reality of a painful return to the first circle of his own hell ...

In the 60s of the XX century, professors at Harvard University, doctors of psychology Timothy Leary and Richard Alpert, conducted experiments with LSD on volunteers to expand consciousness, later recognized as dangerous to the untrained human psyche and banned at the state level.

But a special direction generated by these experiments - psychedelicism, as the perception of images on a sensual level with their subsequent or simultaneous interpretation, found its way into a safer and healthier form - meditation, music or yoga. In the modern sense, psychedelicism is a way of free meditation, a composition in a state of half-short-sleepiness. This condition can be called an "active dream".

It is with this psychedelic style that this film is soaked through.

Mystical music and allegorical poetry "The Doors". Flowing, fluid, meditative form of narration. Hypnotizing, almost hallucinogenic visuals. Captain Willard's journey as a way to immerse yourself in the knowledge of the properties and capabilities of your own psyche. Psychology of altered consciousness of Colonel Kurtz. Kurtz’s monologues themselves, which are almost purely an improvisation of actors by Marlon Brando ...

"Diamond bullet" in the consciousness and subconscious of the viewer ...