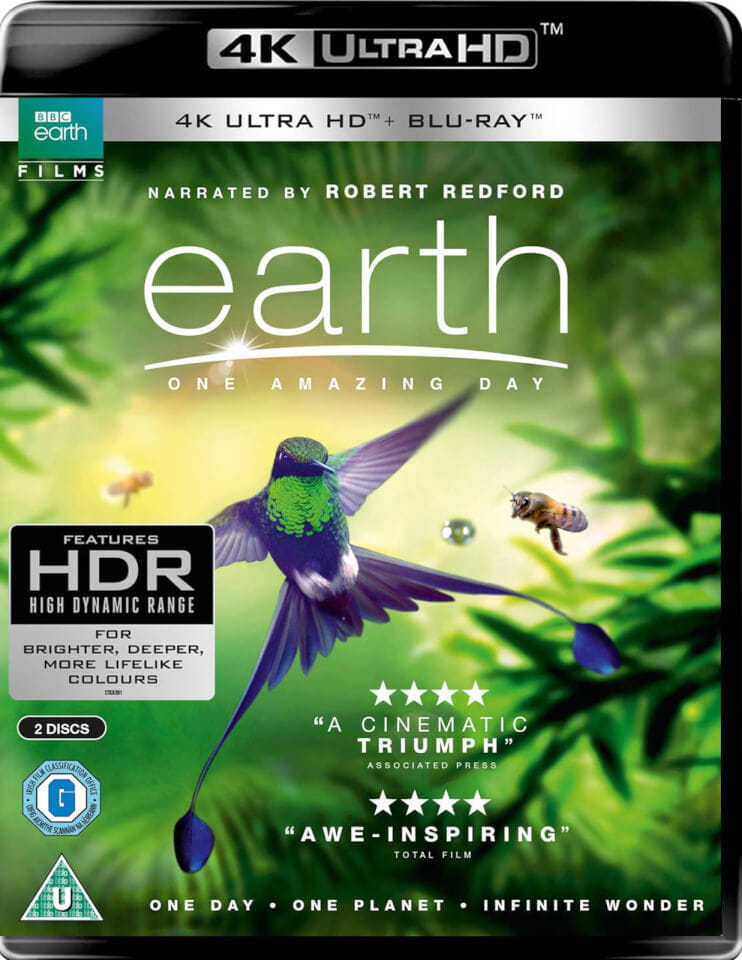 Story Movie
From BBC Earth Films, the studio that brought you Earth, comes the sequel - Earth: One Amazing Day, an astonishing journey revealing the awesome power of the natural world. Over the course of one single day, we track the sun from the highest mountains to the remotest islands to exotic jungles. Breakthroughs in filmmaking technology bring you up close with a cast of unforgettable characters. Told with humour, intimacy and a jaw-dropping sense of cinematic splendour, Earth: One Amazing Day highlights how every day is filled with more wonders than you can possibly imagine- until now.

Earth: One Amazing Day 4K Review
Astonishingly breathtaking! Gorgeous sceneries and scenes can't resist the eye to sparkle and the mind to be blown away by all the beautiful stuff, yet unknown, by most of us, that happens in a single day. It may seem like creatures of all sizes rule the world, chasing prey for survival, but in reality, the ugly truth is that we humans are the ones that make no room for "others" to coexist with us. It's sad and funny at the same time. We blindly run at full speed like animals, we take no mercy like them, we act without properly thinking like them, leaving only consequences behind. Sooner or later, we will also be chased. By who? God knows.