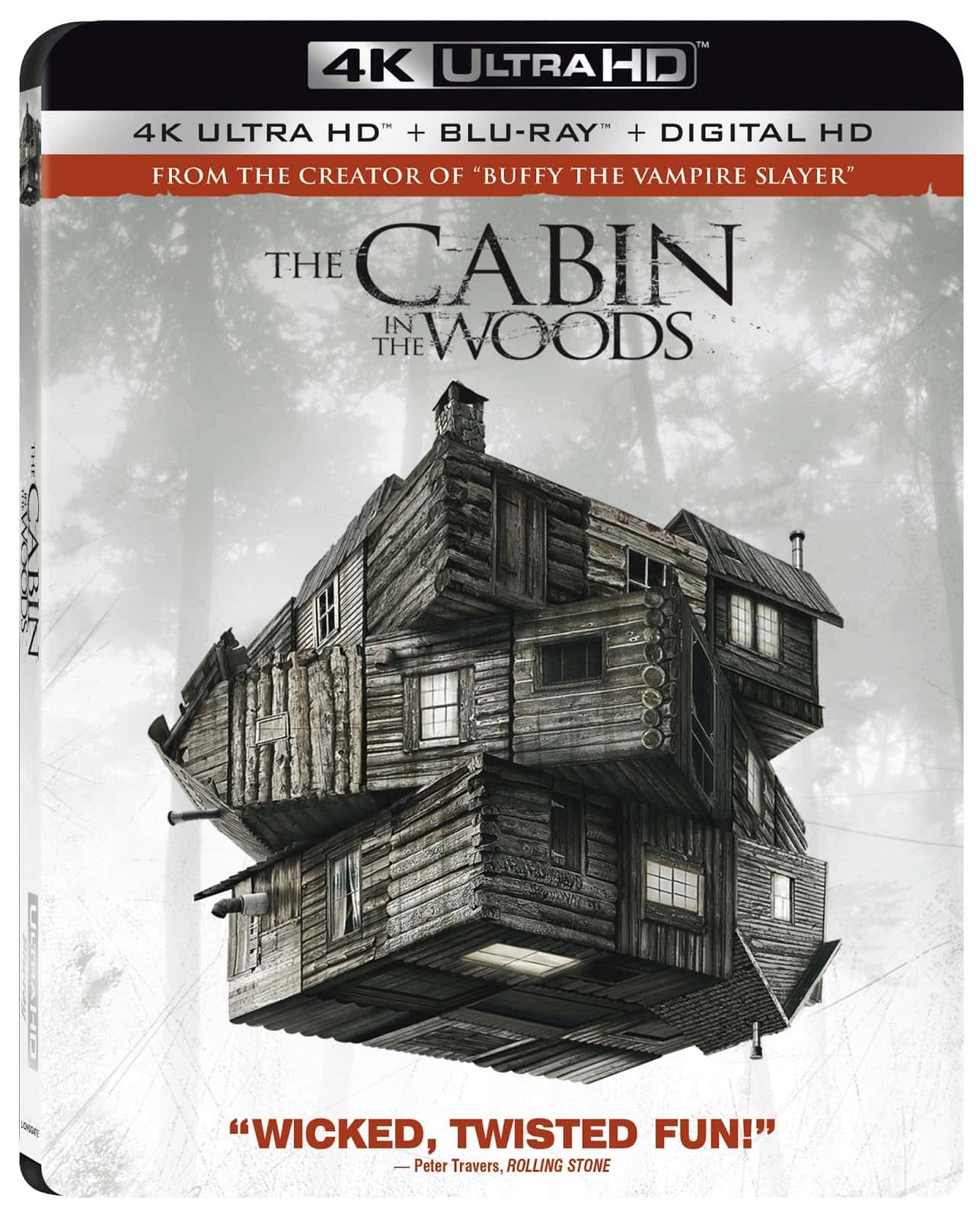 Five teenagers head off for a weekend at a secluded cabin in the woods. They arrive to find they are quite isolated with no means of communicating with the outside world. When the cellar door flings itself open, they of course go down to investigate. They find an odd assortment of relics and curios, but when one of the women, Dana, reads from a book, she awakens a family of deadly zombie killers. However, there's far more going on than meets the eye.

To be honest, the less you know about this film, the more awesome it will be. I felt that the trailer gave away a bit too much of the twists and turns one can expect from the film, but at the same time the image of a bird flying into a giant forcefield is what will set this film apart from the generic horror films that hit the theatres today. The Cabin In The Woods tells you upfront "You think you know the story..." but of course you don't. This is Joss Whedon after all. Fans of Buffy and Angel will get a kick out of this, as actors from that universe make their way into this film.

It's been a long time since I've had a lot of fun at the movies and the Cabin in the Woods was a lot of fun. It's an odd movie to sell, because a lot of it has to be kept secret to make the second half of the movie exciting and fresh. It blends a few genres together, the two main ones being horror and comedy and it works perfectly. Both Whedon and Goddard worked on Buffy and Angel, which was a balancing act of genres, so they knew the right tone to get here and they nailed it. They take the clichd aspects of every horror film and put it in here, to brilliant use. We actually get to see reasons for stupid character mistakes, which made that whole aspect of the film fun.

Richard Jenkins and Bradley Whitford have great chemistry together and stole every scene they're in. I would love to see these two character actors work together again, they made this film really fun and they are a joy to watch on the screen. The young actors, including Thor himself Chris Hemsworth, sell the clichd horror characters very well. In most horror flicks I can't stand any of the characters, here I was rooting for all of them.

There are some truly hilarious moments, I am dying to talk about them, but doing so would ruin the surprises. All I can say is that I was laughing throughout the entire film, I cheered, I clapped and I enjoyed myself. There are a lot of horror references, most notably The Evil Dead, so it's fun to spot things here and there. Horror fans I think will really get a kick of of this flick and I pray it does well, cause it's the most fun I've had in a long time.

Drew Goddard's first directorial gig, he had a lot on his plate and he managed to pull off one hell of a film. It helps when you have someone like Joss Whedon in your corner, but I applaud him for being able to pull off the tone perfectly, I imagine the script to screen process was identical. This is a very clever script, with laughs, gore and surprises at every corner. When you have Goddard, whose worked on Buffy, Angel, Lost and wrote Cloverfield, teamed up with partner Joss Whedon who is one of the best writers working today, then you know you're walking into something special. I can't recommend this flick enough. When it comes out, you must go see it.

Just makes sure you don't know much about it beforehand, or it might ruin the awesome factor.

You may be interested to see: The Texas Chain Saw Massacre 4K 1974