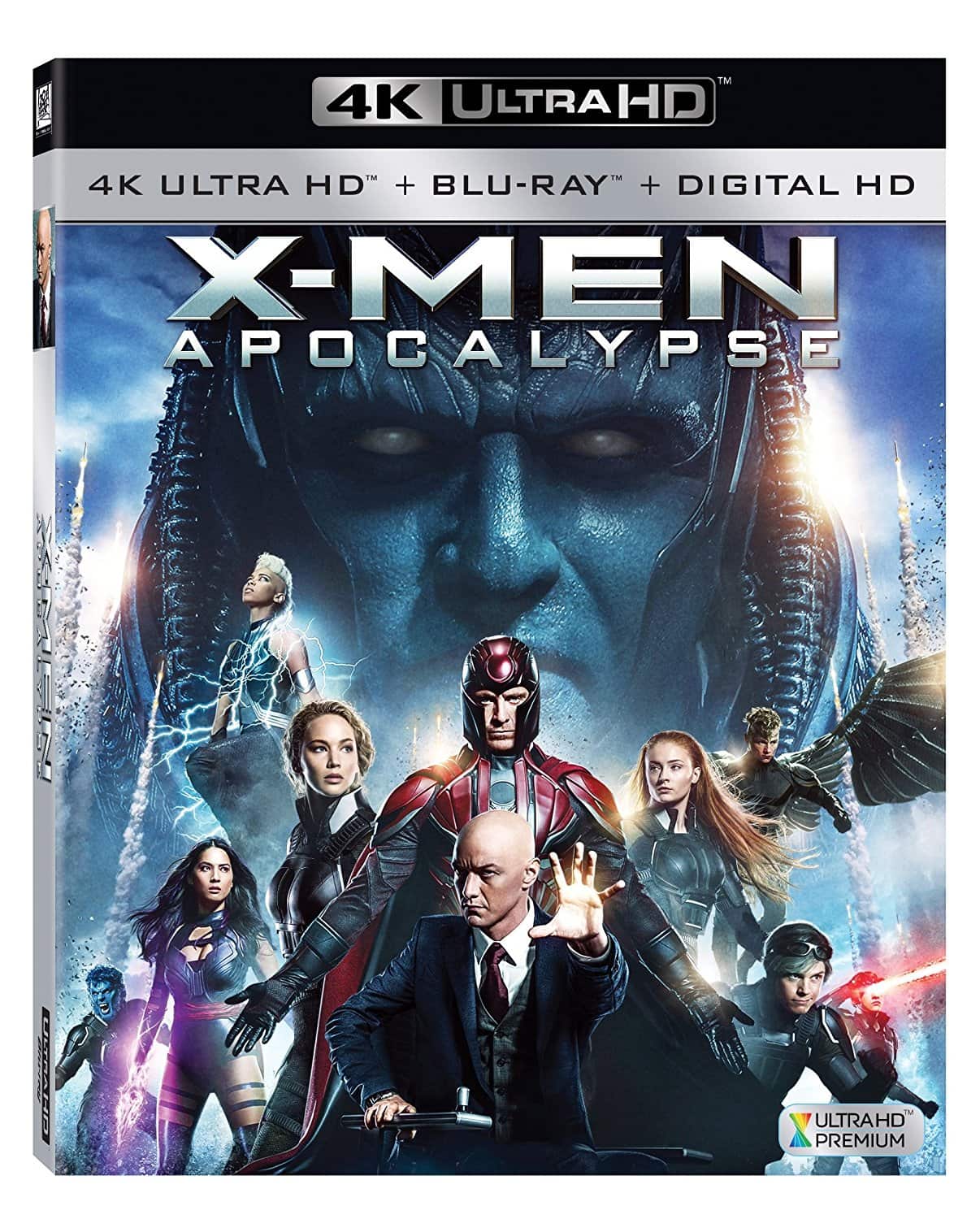 USA Movies / Adventure 4K
Producer: Bryan Singer
Cast:James McAvoy, Michael Fassbender, Jennifer Lawrence, Nicholas Hoult, Oscar Isaac, Rose Byrne, Evan Peters, Josh Helman, Sophie Turner, Tye Sheridan, Lucas Till, Kodi Smit-McPhee, Ben Hardy, Alexandra Shipp, Lana Condor...
IMDB 7.00
File Size 50.69 GB
Film description
Taken from IMDB.COM
4k blu-ray X-Men Apocalypse 2016. The events of Future Past Days have had a tremendous impact on a world where mutants and humans are fighting for their place under the Sun. In this difficult time, the X-Men will have to face their most dangerous adversary - the ancient mutant Apocalypse, a creature whose fight could be the last not only for mutants, but in principle for all of humanity. In search of a way to defeat an invulnerable and immortal monster, the X-Men will have to learn more about the origins of their species. But the Apocalypse is incredibly powerful, and the probability of victory is decreasing, because he firmly believes that only the strongest have the right to survive ...

4k movies reviews
The case when it is absolutely unclear what happened to those people who two years ago made a positive rating of 91% to "Days of Future Past", and now give average or low ratings to the sequel, which has absorbed all the best that came before. But to hell with them, it doesn't matter. Before us, in all respects, is a worthy continuation of the beloved series of films about mutants, which is still capable of captivating and immersing in its history headlong.

Since we are living a year full of movie comics premieres, whatever one may say, we cannot avoid comparisons with other releases that have not yet disappeared from our heads. Moreover, just a couple of weeks ago, another product was launched based on the Marvel comics about a superhero team, which surpassed almost all imaginable expectations. I will not say that Brian Singer's picture is better than the third "The First Avenger" - in fact, these are quite different films. And before you confront them with each other, you need to understand that each of them has different values.

Confrontation was a kind of work on mistakes, starting a new phase in the Marvel Studios Cinematic Universe, and reinforcing the opinion that the Russo brothers did not in vain replace Joss Whedon as director of the next Avengers, and are able to cope with a story that featured dozens of characters. "Apocalypse" is a kind of "return to the family." Brian Singer does not hide the fact that he became akin to this story and its characters, and his sentimentality shows how important it is for him to continue the storylines of Professor X, Magneto and others. From here comes a stronger drama and acting in his hands, and at the same time more emotional empathy for mutants than the same Captain America or Iron Man. On the other hand, the 20th Century Fox franchise is noticeably trampling on one place: it is not surprising that many viewers are simply tired of the repetitive theme raised in almost every episode by the same characters: “Which side to choose for people with extraordinary abilities in the world, where are they afraid, do not understand and try in every possible way to remove or use? "

Here you can add excerpts from the lives of the heroes that have already been shown and disclosed earlier - maybe it's time to stop, recruit a new cast of characters (of which there are still a great many in stock), and lead them forward? However, it is still pleasant to watch them. Moreover, when the newcomers selected for the party of young familiar heroes fit in perfectly and sincerely delight (Tye Sheridan, Sophie Turner and Cody Smith-McPhee are simply wonderful). Well, and to be honest - the cameo of the same guy who has appeared in one image on the screen 7 times in the last 16 years is still capable of causing a storm of delight. And Singer, in turn, kills two birds with one stone - shows how it was necessary to remove the screwed up origin "X-Men: The Beginning. Wolverine "(missed the spirit of Logan's dark flashbacks in the second part?) And makes an amazing nod to the relationship of several of the most important characters in the franchise.

As for the new main villain, played by Oscar Isaac, the worst was expected of him. In fact, it turned out to be a quite worthy antagonist, who, perhaps, became not an impressive embodiment of evil, but a catalyst for significant changes. But the main advantage of the cast, and at the same time, the heart of the film is Eric Lehnsherr performed by Michael Fassbender. He is no longer the rival of Xavier that he used to be, and does not go out of his way to prove to the world that the future belongs to mutants. First of all, this is a tired and confused person who has experienced a lot of grief in his lifetime.

Perhaps some events in the film obey the laws of cartoon logic when it comes to, for example, action scenes or the appearance and joining of new mutants in the squad of horsemen of the Apocalypse, but this does not spoil the overall picture. The mere demonstrations of the abilities of the hero Evan Peters (Mercury) turn the film into a real celebration. You just need to surrender to the heady atmosphere of the 80s and the formation of the team in the best traditions of comics and the beloved animated series from the 90s.

In general, if the names Scott, Jean, Charles, Eric, Raven, Logan and Storm (it seems that they never gave Ororo her real name) thrill you, and you have respect for the films of Brian Singer and Matthew Vaughn, then "X-Men: Apocalypse" should give everything you need. Don't pass by.