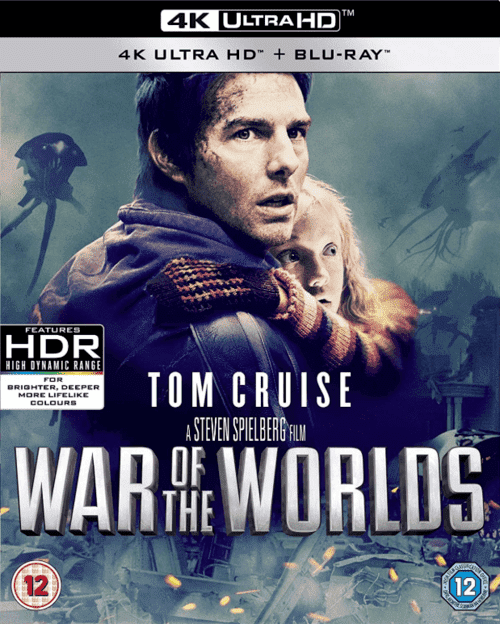 With infinite complacency scurried people around the globe, busy with their deeds, confident in their power over matter. Meanwhile, through the abyss of space, the Earth was watched with eyes full of envy, creatures with a highly developed, cold, insensitive intellect, and slowly but surely worked out their plans that were hostile to us ...

4k movies reviews
Steven Spielberg - you are powerful
You breed flocks of clouds.
You drank a fan crib
Alien caught.
Figs will now return the creatures,
The molecules scared them.

So, I'm sorry, this introductory poem spun in the language. I couldn’t tear myself away from the film, intriguing these triplets. It seemed that the film was watched for the sake of the hero Cruise - that's who I truly felt sorry for. First, children came to him who, to put it mildly, see the cons in everything. You see, mom has a wonderful sponsor who bought them and did them. Then, it turns out that poor dad was not there when he was needed, etc. On the head of a lonely man problems climb. A son who does not want to understand his father. A daughter who from the very beginning tries to show her psychological abilities and tells Cruz that he is wrong with a boy. Is that you, the boy is found, behind which the father must run from behind.

Okay, all egoists, it won’t be about that. But I was mildly surprised when, during times of danger, the children start yelling at daddy, given that before that he had seen enough of alien creatures. The son appears FIG-knows-from where a sharp attack of heroism. Half of the film, he proves that he is a comic book man with superpower. With a daughter, things are no better. I understand that the poor child is scared - naturally, a miracle with three legs runs after you ten times more than you do - but it’s not a matter of constantly hysteria and screaming. Do not scream, do not cry, namely, screaming in full throat and bring to white heat and so nervous father.

But, these feelings were triggered by the heroes, but not like the cast. What kind of installation they gave - this is what they did. Tom Cruise played a normal person, with real emotions and with a true point of view on life. E-mine, what kind of people are around, if you want to save children, and yourself, your beloved, too? I liked Fanning with Chatwin, Miranda Otto, who was known to me only by the Lord of the Rings, was very pleased. In my opinion, the cast is picked up with a bang and there’s nothing to argue with. They played well, but I already said about their heroes.

Spielberg is a brilliant director, in his film such genres as fiction, action and adventure have gathered. The dramatic line is deeply developed. The script is interesting, the moments associated with the life of the tripodes, their way of removing unnecessary people are especially attractive, I can even say that the characters in people are clearly expressed by their actions, the end was generally surprised. The only thing that was not to their liking - the scene with Robbinson dragged on.

In general, the film is very good, no doubt, I liked it.