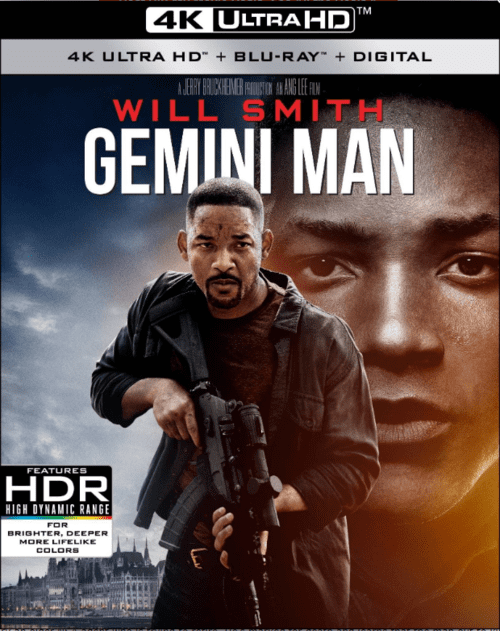 4k movies reviews
General impression: “Gemini” is the work of Ang Lee, the one who shot “Life of Pi”, “Crouching Tiger, Hidden Dragon”, “Brokeback Mountain”. Such different pictures, it’s hard to say if the director is working on his topic, if this film came out earlier, it would definitely be a success, right now ...

Not to say that Gemini is really bad, the narrative is straightforward and revolves in one direction, you are unlikely to find gorgeous twists with incredible monologues / dialogues here. But you will see cardboard heroes, a cliched plot and a standard action movie. Which is not bad, because Gemini copes with the main task for the viewer - he entertains, this is a purely male movie, stuffed with fights, explosions, chases, and even if you saw all this many times, the dynamics work quite successfully, tapping your rhythm. There is no humor, but they brought drama, though it doesn’t work as it should, but nevertheless you sometimes sympathize with Will Smith’s clone.

Will Smith played a hired spy who was tired of working in one direction and it was time to dump him in the sunset. But not so simple, another Will Smith appears! With technology, Will Smith, aged, has become Will Smith young! In fact, at first I thought - is it not my son playing with Will for an hour? But no, this is the magic of progress. It’s really easy to distinguish if Will Smith, who is 50 with a ponytail, is trying to throw out his feelings. That second Smith, who is young, is more like a car, but do not forget that he is a clone. Therefore, his emotions (perhaps!) Are justified.

What we have, "Gemini" is a standard action movie, with a cliched plot, but with good dynamics. You can watch, but preferably in the movies.