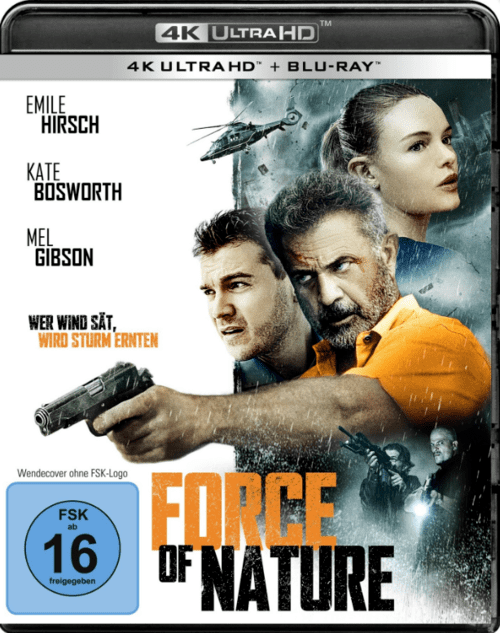 USA Movies / Drama 4K
Producer: Michael Polish
Cast:Emile Hirsch, Mel Gibson, David Zayas, Kate Bosworth, Stephanie Cayo, William Catlett, Jorge Luis Ramos, Joksan Ramos, Blas Sien Diaz, Tyler Jon Olson, Julio Ramos Velez, Sebastian V?zquez, Jesy McKinney, Xavier Reyes, Luillo Ruiz.
IMDB 4.4
File Size 47.32 GB
Film description
Taken from IMDB.COM
A strong hurricane is approaching in Puerto Rico, so a new partner, Jess, is assigned to police officer Cardillo and the task is to evacuate the population. A call to a conflict in a grocery store leads the cops to an almost empty apartment building, where a former policeman Ray, and now just a stubborn pensioner, is found unwilling to leave a comfortable chair. While Cardillo, with his doctor daughter, persuades another tenant to evacuate, a well-armed gang of robbers infiltrates the house. It's time for Jess to go through his baptism of fire, and for Ray to shake off the old days.

4k movies reviews
Each of us makes mistakes. But if you miscalculate a couple of dollars in the store, or give a student one point less, then it will hardly be a disaster. Things are different with the police. When they have a weapon in their hand, and the situation is unpredictable, then irreparable things can happen. Officer Cardillo (Hirsch) was convinced of this by his own example. Having made a mistake that he cannot forgive himself, the guy actually says goodbye to his career and goes on patrol ...

The key heroes of "Forces of the Elements" are a motley and cool team, which, in addition to Cardillo himself and his attractive colleague Jess (Kayo), includes former Special Forces soldier Ray (Gibson), who decided to face fate, as well as his daughter (Bosworth). But the real problem isn't that Ray is not easily convinced to leave his home. The thing is that exactly on the eve of the storm, criminals enter the house, planning to take what they are not supposed to (without unnecessary spoilers). They will definitely not stop until they take what they want, but I will immediately make a reservation that it will not be easy for them. This is a guarantee. And here the heat begins, for which we all gathered.

The first thing I got hooked on here was the cast. Well, see for yourself - the people were not random. Emile Hirsch (Speed Racer), Kate Bosworth (Superman Returns) and the colorful "villain" David Zayas (The Expendables) won't spoil it for sure. So, in terms of casting, "The Force of the Elements" is all five plus. It's cool to see your favorite actors in one movie. Immediately come associations with some kind of "Friends of Ocean", only here everything is serious, no jokes and a maximum of an action movie with a taste of burning gunpowder!

Our, as always, inimitable Mel Gibson did not disappoint, who with one left is able to add spice to any film. He can still set the heat, and even what. The gang just doesn't understand who they ran into! So everyone who respects Gibson's talent and who doesn't care about his stormy personal life should still watch The Force of the Elements.

In a way, The Force of the Elements reminds me of the cult action movie Raid. Here, the action also takes place mainly in one location (house), where one mistake means death. I don't know exactly who did the stunts on the set, but everything was done really cool. Especially skirmishes - they are juicy, dynamic and it seems that the bullets are flying right next to you. In the scenes with the massacre, you also feel like a practically participant in the events. No splits a la Van Damme. If there is a struggle, then it will be tough and painful. Everything as the real school of action bequeathed. I respect this and I advise you to check it out.

In its genre, "The Force of the Elements" turned out even better than expected. Cool actors get involved in a tough criminal squabble and there is no need to look for compromise options. Big money and human lives are at stake. No boredom - I guarantee.