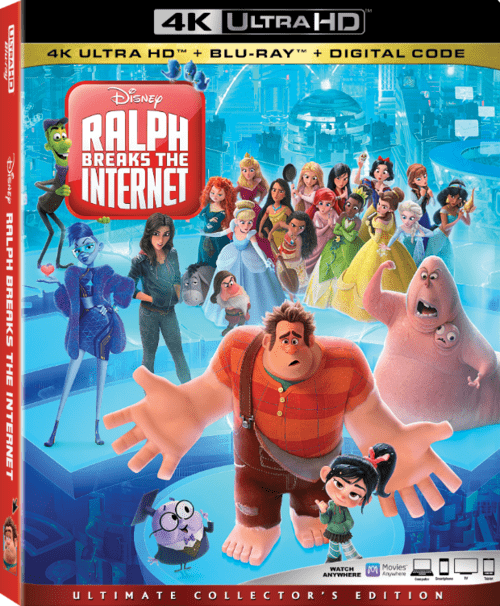 4k movies reviews
At the box office continued the animated hit "Ralph" (2012). At this time, Ralph and Vanylopa von Keks will go outside the slot machine and go to conquer the endless expanses of the Internet.

The original cartoon was highly appreciated in its time, but it did not find a response in my heart. The sequel, in my opinion, turned out better. Conventionally, it can be divided into two acts. I will tell about them in more detail.

Act one. Superiority. Heroes quickly run through the string and find themselves in a new world - the Internet in the 6+ format. A spectator of colors, easily recognizable brands, visuals and more than just gags are pouring on the viewer. New characters and locations are presented in a colorful, interesting and exciting. There is a dynamic action and a lot of satire about Internet trends, superficial, but no less accurate. Separately, I would like to mention the princesses already represented in the trailer - the brightest and funniest Disney self-irony of the cartoon. This whole act was very interesting and fun.

Act of the second. Self-replay. At some point, the storyline of the new “Ralph” begins to repeat the first part, and it becomes boring. I did not like it the first time, let alone the second one. At the same time behind the story is a good message about friendship and the pursuit of a dream, that's just the dream of a lifetime here is an online game with an open world. Will the target audience (6+) be able to see the illustration of the freedom and unpredictability of life in this game? Who knows. And the second act somehow refreshes the next appearance of the team of princesses.

The creators turned out colorful cartoon. Very lively and interesting sequel, in those places where he does not repeat the first part. I recommend to look at the big screen.