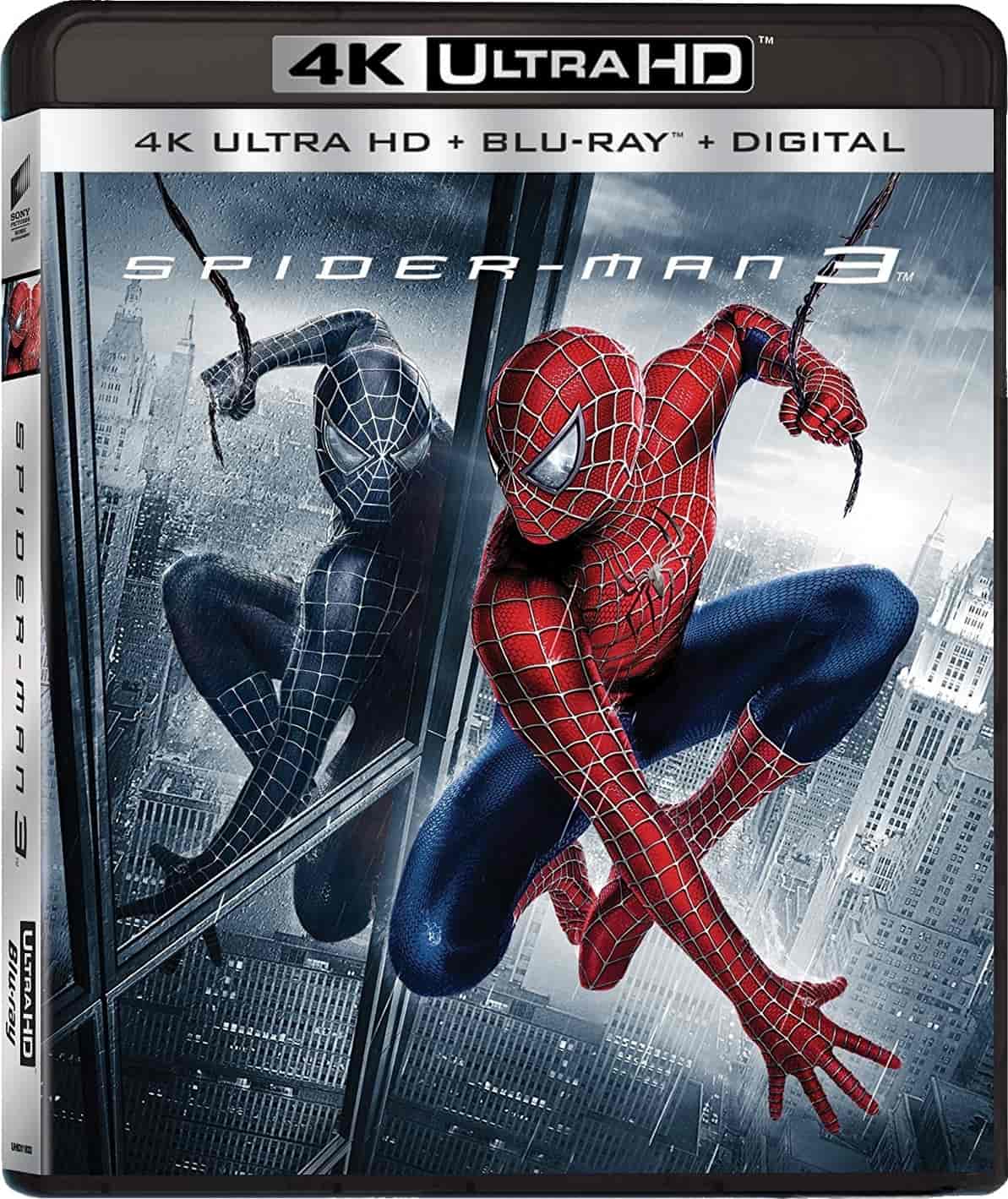 Storyline Movie
Peter Parker has finally managed to piece together the once-broken parts of his life, maintaining a balance between his relationship with Mary-Jane and his responsibility as Spider-Man. But more challenges arise for our young hero. Peter's old friend Harry Obsourne has set out for revenge against Peter; taking up the mantle of his late father's persona as The New Goblin, and Peter must also capture Uncle Ben's real killer, Flint Marko, who has been transformed into his toughest foe yet, the Sandman. All hope seems lost when suddenly Peter's suit turns jet-black and greatly amplifies his powers. But it also begins to greatly amplify the much darker qualities of Peter's personality that he begins to lose himself to. Peter has to reach deep inside himself to free the compassionate hero he used to be if he is to ever conquer the darkness within and face not only his greatest enemies, but also...himself.

Spider-Man 3 Review
As I was walking down the stairs and out of the theater, I was trying as hard as I could to pull a smile out of my face. My friends tensely asked if I liked it, I said "Yes, of course!!" They nodded weakly in response. On the way home, I kept thinking to myself. "You liked it! C'mon! It's Spiderman!" Now, it's two days later, the euphoria of waiting for Spidey to come out has subsided, and I've begun to look at this flick a bit more (shall I say it?) critically.

It's plain to see that Sam Raimi is a fantastic director. He knows when to do what and realizes that he is making a superhero movie, which is why the Spider-man movies have done so well. It's not like the recent Batman and Superman who try to hide the fact that they're just fun superhero films 4k. Raimi knows his material and embraces it. The effects were astounding as usual. Spiderman's one-on-one fight with the Sandman and the crane scene being the major highlights. I thought these features would outbalance the weaker spots of the film, but unfortunately they did not.

As far as acting goes, I'm surprised to say that Topher Grace stole the show. I remember how outraged everyone was when he was chosen, but obviously someone knew what they were doing when they let him on as Venom. James Franco and Kirsten Dunst played their usual selves (I can't help but think of Dunst dreaming of getting back to work with Sofia Coppola while doing these films). However, Tobey Maguire REALLY disappointed me. I've always thought he was so great at Spidey, which is undeniable in the first two films and even in this one...when he has his red suit on. Maguire is a one note actor, at least as far as Spidey goes. He just could not pull off the black suit; he wasn't good at being bad. Then came the horrific bridge scene with MJ. Along with most other people I've talked to, my entire theater erupted in laughter when he started crying. It was just...sad...and not in the way the writers intended it.

Speaking of the writing, I hate to be beating a dead horse, but c'mon: 3 villains, Sandman's background, trouble with MJ, Harry's changing attitudes, 2 different Spider-Man 2002, competition at the Bugle, Gwen Stacy, etc. It was just WAY TOO MUCH! Even if you had four hours, it's just too much to cram into the audience in one sitting. The great thing about Spider-Man 2 2004 REMUX HDR 4K Ultra HD (the best of the trilogy) is how focused it was. You had the inner struggle, the villain and his relationship with MJ. There it was! Beautifully filmed and written. From the first 15 minutes of Spiderman 3, I knew that all these parallel story lines were going to crash within the next two hours. The sequence that shows how far they've fallen from part two is the whole emo/hair in the eyes/eyeliner/oh so cool "bad" Spiderman scenes. The first few minutes of this was funny in the same way that the "Raindrops are Falling on my Head" scene in part two was great, but this time they stretched a good thing way too far. This whole sequence is what sticks in my mind and refuses to let me think that the film was just as great as the rest.

I tried to like it! I really did! I just can't fool myself any longer. Some critics like Peter Travers for Rolling Stone are saying that we can let this one slide because it's Spiderman, but I couldn't disagree more. Spiderman 3 missed the mark and, deep down inside, we all know it.