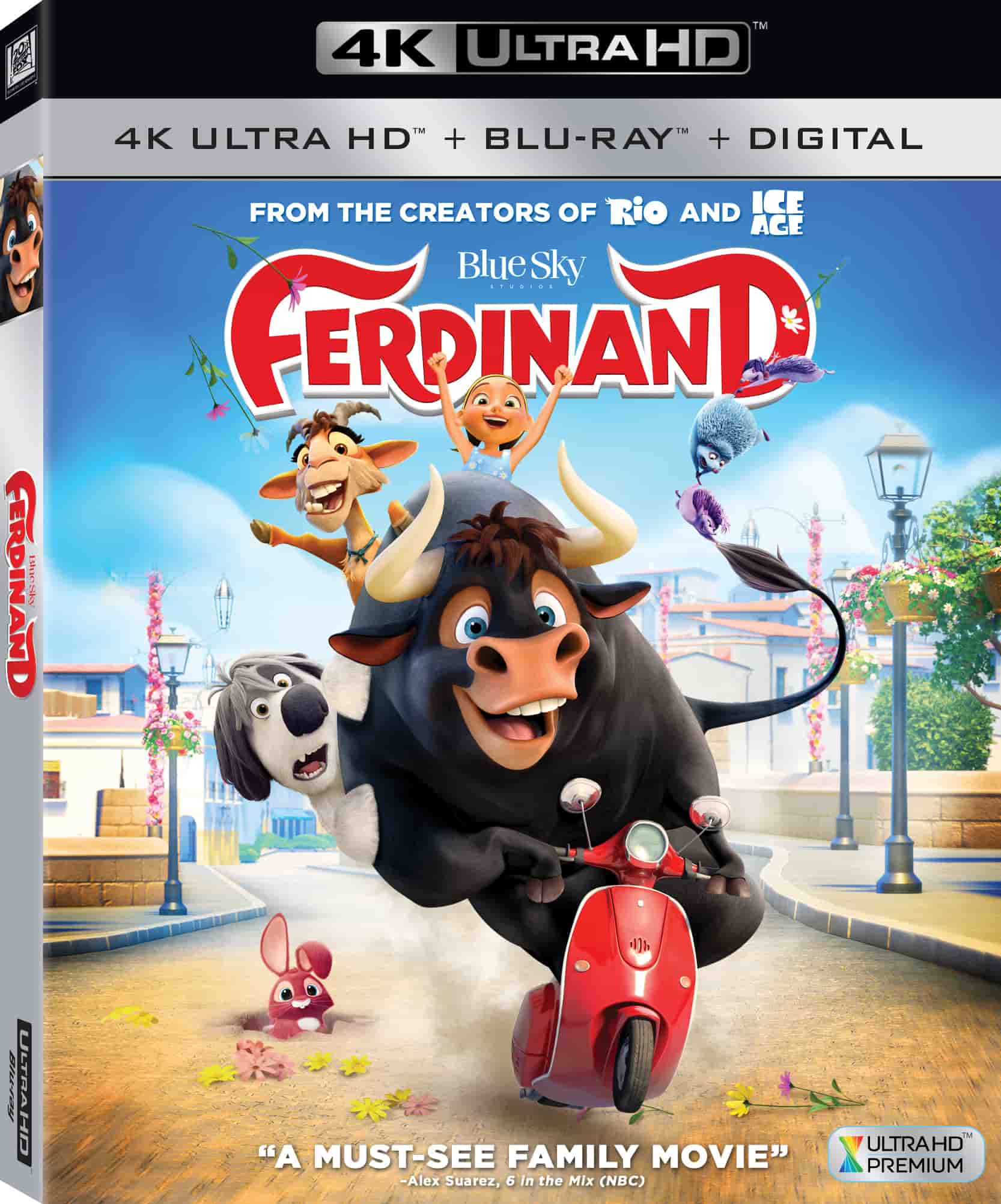 Story Movie
Destined to become a fearless fighting bull, the young pacifist and flower-loving calf, Ferdinand, summons up the courage to escape from a Spanish bull-training camp, to finally find himself on little Nina's idyllic and fragrant farm. However, an unfortunate run-in with a busy golden bee will send the immense but peaceful animal back to the old Casa del Toro academy, where the famous matador, El Primero, usually selects his worthy bovine opponents for the arena. Does Ferdinand hide a fierce champion underneath a mountain of muscles, or is he a gentle giant after all?

Ferdinand 4K Review
Although the story is fairly generic and the jokes mostly fall flat, 'Ferdinand' is still a entertaining family flick that somewhat stands out from the majority of recent animated films thanks to the important themes explored throughout, and its subtle commentary of the bullfighting sport. The film does, however, include a few overlong action set-pieces that drag down the pacing and seem to have only been included to keep hyperactive children engaged (although that is indeed their purpose), but luckily the film doesn't rely on these and instead focusses on delivering its principal ideals. Furthermore, the third act is emotionally powerful and nicely wraps up the character arcs on display, while really hammering home its message. John Powell's music score is fantastic too. 6/10