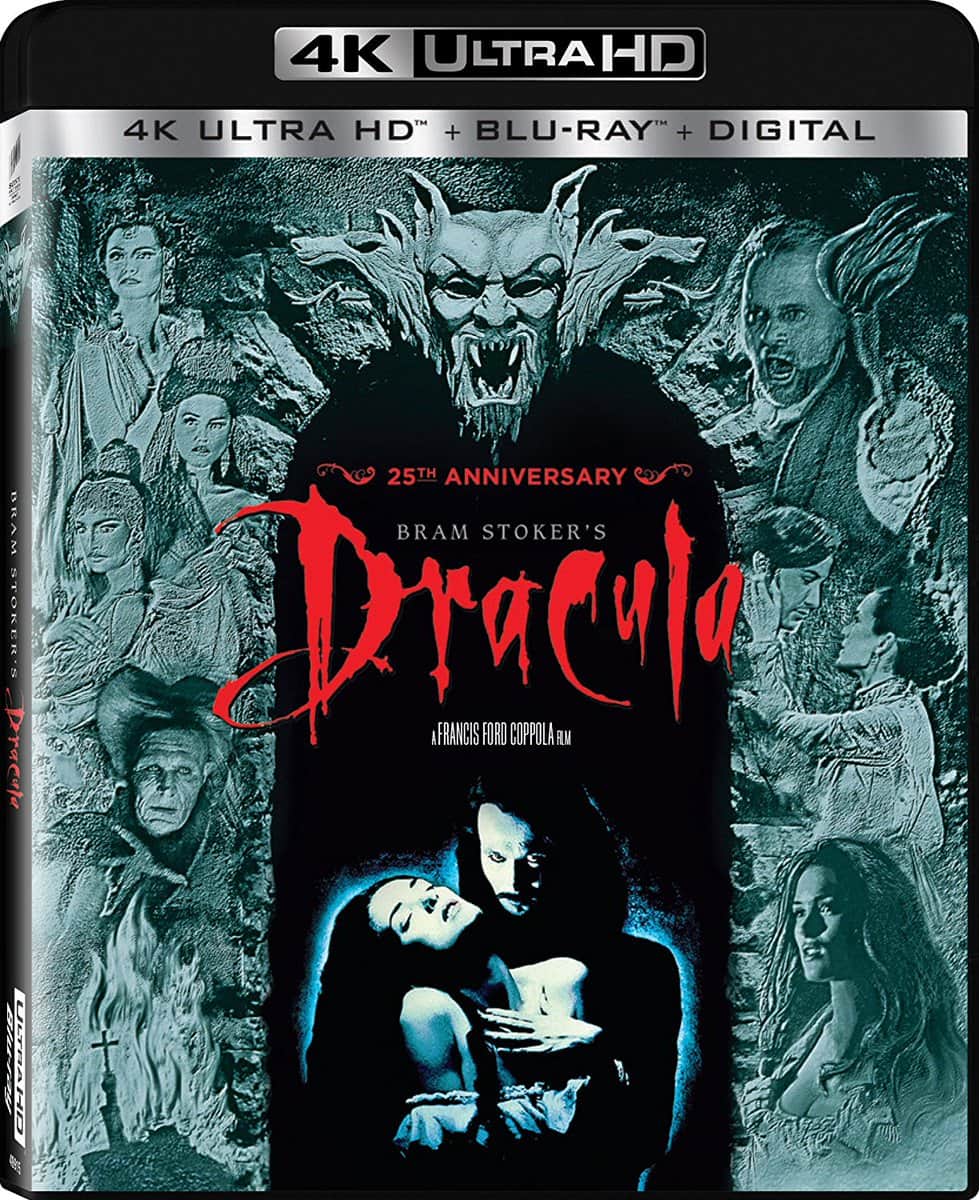 Storyline
This version of Dracula is closely based on Bram Stoker's classic novel of the same name. A young lawyer (Jonathan Harker) is assigned to a gloomy village in the mists of eastern Europe. He is captured and imprisoned by the undead vampire Dracula, who travels to London, inspired by a photograph of Harker's betrothed, Mina Murray. In Britain, Dracula begins a reign of seduction and terror, draining the life from Mina's closest friend, Lucy Westenra. Lucy's friends gather together to try to drive Dracula away. Bram Stokers Dracula in 4k blu-ray remux.

User Reviews
The background of this story is the myth / legend of Count Vlad Dracula (son of count Dracul) ‘nicknamed' Vlad Tepes (Vlad the impaler). Vlad was, as the film tells us a warlord in the 15th century who fought the Turks. According to the myth he drank the blood of his victims and impaled them. This is a real myth, as it was and maybe even is still believed in Rumania. A lot of information about Vlad Dracula was later gathered by Irish writer Bram Stoker, who, combined it with myths of vampires into this tale of the well known blood -–sucking Vampire. Another thing that is real in this film are the pictures in the book Vampyr, which is read by van Helsing (Anthony Hopkins) in this movie. The pictures you find there are also to be found in history and school books, complete with ancient writings beside them.

I will not reveal to you the nature of the plot, but I must say this bloody horror film is one of the most sad and romantic stories ever told. It is about a man who loses his wife and cannot rejoin her in another life. So he turns against anything people in the 15th century believed in and is punished by god to wander the earth as the undead. He is cursed to be feared and hunted, for he needs to drink the blood of man to keep alive. He is nosferatu (vamyr), he is Count Dracula.

He lives miserably for about 400 years until he falls in love again. And by doing so we are dragged into the fortune and misery of a creature who lives eternally. He is alive, but lifeless on the inside. He is rich, gentle and loving, yet he must feast on humans to survive. He is damned forever, whilst he did not do anything wrong.

The settings of this great story is late 19th century Europe (England and Karpathia). Karpathia is not well known to man, the wild side of Europe. All this bears with it the mysticism of this story and the epic and tragic background. As for Dracula (Gary Oldman) himself, he drags us into a world of blood, lust and erotica. He seems only to be driven by his great love for Mina (Winona Ryder) and the need of being together with her. TRUE LOVE
Bram Stokers Dracula (1992) in 4K Ultra HD 2160P, of Blu-Ray remux.
There are some great (and famous) actors in this film: Anthony Hopkins, Winona Ryder, Gary Oldman, Cary Elwes and Keanu Reeves. They all contribute greatly to this film, although I must say that the best acting comes from Gary Oldman (Dracula), Sadie Frost (Lucy), Sir Anthony Hopkins (van Helsing) and music legend Tom Waits (Renfield). Do not get me wrong the rest is good to and do their job's well, but these four really put the dot on the i.

Besides the actors there are a lot of things that stand out (look at the list of prizes and nominations at the Oscars), but I must say two people are left unaccounted for there. The director Francis Ford Copolla and the genius behind the haunting and touching music Wojciech Kilar. They both bring so much to the greatness of this film, I would have felt like an idiot if I had left them out.

This does not only make an excellent horror / epic / romantic film, but surely is (in my opinion) a great date flick, about love everlasting and the tragedy of a man who is cursed to live forever and roam the world alone, for he is feared and hunted.