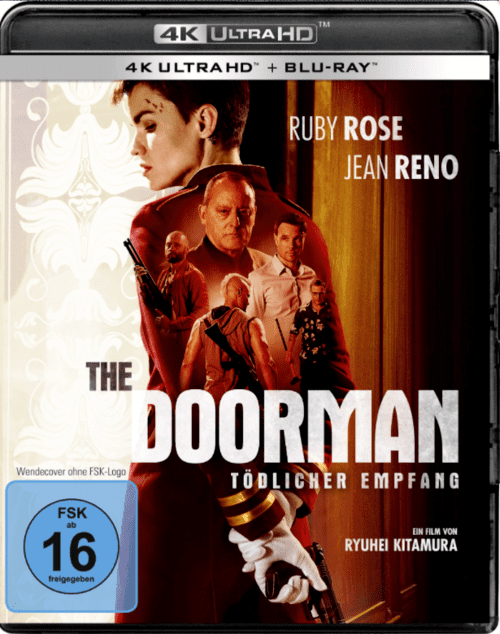 4k movies reviews
Once upon a time, in 1988, the film Die Hard was released about a brave police officer fighting terrorists in a luxury hotel on Christmas Day. This film turned the genre of action films and proved that intimacy is great, and the tension is many times stronger.

Now I'm going to talk about Baby with Character, another variation on John McClane's adventures. Only instead of the 89th - our days, instead of Christmas, Easter, and instead of a male police officer - a retired female military man. She suffers from PTSD and takes a job as a doorman in a hotel. But then the bad guys appear, led by Victor Dubois (Jean Reno). And they want pictures hidden in one of the walls of the building. Actually, this is where what you came for - the action. Is he good?

Certainly. The staging of battles is pleasing, but, unfortunately, only when it comes to close combat. In scenes with explosions or gunfire, you may well notice CGI. Fortunately, there are very few such moments, so the magic remains in this case.

'Baby with character', which for some reason the translators called that (in the original, the film is called The Doorman, also known as 'Doorman') - this is the action film that is popularly called 'disposable'.

He, without a doubt, will entertain you for an hour and a half. Ruby Rose moves superbly, and the fight scenes lean towards realism. After John Wick, this approach is in trend, and this, of course, pleases. There is a minimum of exposure, but a maximum of tension and drive. Ryuhei Kitamura before that worked mainly in the direction of horror. But it seems to me that he will make a wonderful genre director who will be able to work with fascinating and intricate stories in addition to colorful and visual violence. One way or another, this is not at all a stupid action movie that will disappear from your head almost instantly, but you will get pleasure.